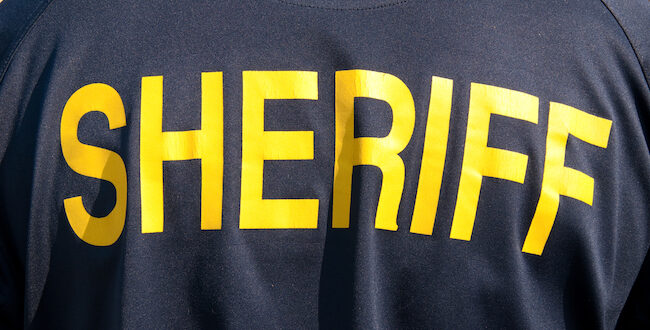 Closeup image of a back of a sheriff's deputy, with text sheriff in yellow letters/DepositPhoto

Ciao to Choosing and Hello to Hiring, Part 2

In my previous article on this issue, I looked at whether we can be sure the best people are being secured, for positions that require highly qualified skills, when the decision is made by voting.  Here, I’m taking a giant leap in a different direction and looking at how voting may lead to behavior that could be harmful to our culture.

Sheriffs, unlike Police Chiefs, are usually voted into office, and with that process, the public seems set up for behavior by the elected official that wouldn’t be tolerated by the hired help.

In a situation where a law enforcement professional refused to hold people accountable for breaking a law, the hired officer could, and probably would, be terminated.  The voted into position officer, on the other hand, would be safe unless they were recalled or failed to win re-election.  But these professionals wouldn’t do such a thing anyway, right?  Let’s take a look and see.

In numerous online articles, I found examples given of actions by elected sheriffs that exactly matched this situation.

An argument for their right to disregard laws, such as the ones above, is that they were unconstitutional and that a sheriff is voted into office to uphold the citizen’s rights.

From my limited personal knowledge of the law, which includes six years as an administrative assistant at UC Legal – Office of the General Counsel for the University of California’s Office of the President, and my research, I could find nothing that allows a sheriff or other law enforcement officer, to disregard laws in effect because they didn’t accept their constitutionality.

Articles from the Thomas S. Foley Institute of Public Policy and Public Service at Washington State University and Everytown for Gun Safety were clear that this type of action by sheriffs did not have a legal basis and should not occur.

Since the behavior is obviously happening, even if it shouldn’t, the bigger question is why?  It seems likely that a sheriff could ‘get away’ with avoiding the enforcement of a law if a majority of their voters were not supportive of the law in the first place.

I can imagine a sheriff having a pretty good knowledge of the beliefs of the people who elected them, so it seems reasonable, though not acceptable to me, that an elected officer could disregard the law breaking when it occurred in a situation that their voters didn’t support.  The minority of the public who may become angered over the sheriff’s action, would be unlikely to have a big enough impact to affect the officer’s position, so basically it would be ‘no harm, no foul’.

But I argue that we don’t want any one person in law enforcement, when not specifically given the right, to disregard a law because of their personal opinions about it’s constitutionality.

Previous I Remember Before Roe V. Wade. We Don’t Want To Go Back.
Next Roe Decision Threatens Other Rights