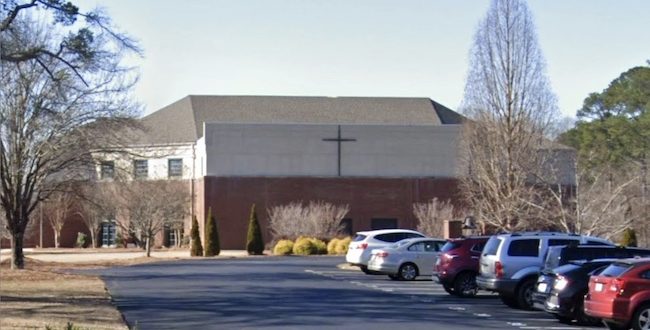 Church of Atlanta shooting suspect distances itself, urges ‘no blame’ on victims

Church of Atlanta shooting suspect distances itself, urges ‘no blame’ on victims

The church of the alleged gunman in the fatal shootings of eight people, including six Asian women, in Atlanta-area spas has distanced itself from the suspect, saying it was “absolutely distraught when we found out that the shooter was a member of our congregation.”

The Friday (March 19) statement from Crabapple First Baptist Church in the northern Atlanta suburbs said the family of Robert Aaron Long has been members for “many years” and Long professed his faith in Jesus when he joined the congregation.

Long, a 21-year-old white man, was charged with murder in the killings of eight people at three spas, two in Atlanta and one in Cherokee County, Georgia.

Police — who were aided by his parents in identifying their son in surveillance videos — have said they are investigating if the killings were racially motivated hate crimes, The Associated Press reported.

“Aaron’s actions are antithetical to everything that we believe and teach as a church,” the congregation’s statement reads. “In the strongest possible terms, we condemn the actions of Aaron Long as well as his stated reasons for carrying out this wicked plan. The shootings were a total repudiation of our faith and practice, and such actions are completely unacceptable and contrary to the gospel.”

Authorities said Long told them he had a “sexual addiction” and carried out the slayings to get rid of the temptation posed by the massage businesses. Long was a customer at the two Atlanta spas he targeted, according to police.

Crabapple Church said it grieves for the victims and their families and is praying for them.

“No blame can be placed upon the victims,” the church said. “He alone is responsible for his evil actions and desires. The women he solicited for sexual acts are not responsible for his perverse sexual desires nor do they bear any blame in these murders. These actions are the result of a sinful heart and depraved mind for which Aaron is completely responsible.”

The church said it is cooperating with law enforcement and added: “We pray for both earthly justice and divine justice.”

It also expressed in its statement a broader concern about the fallout from the crimes.

“Finally, we deeply regret the fear and pain Asian-Americans are experiencing as a result of Aaron’s inexcusable actions,” the church said.

The statement included a series of questions and answers, which the church said were in response to queries it has received.

In that portion of the statement, it confirmed Long is a member. But it said that is likely to change.

“In accordance with the biblical pattern and our church bylaws, we have started the process of church discipline to remove him from membership since we can no longer affirm that he is truly a regenerate believer in Jesus Christ,” it said.

One question was: “Do you teach that acts of violence are acceptable against certain ethnicities or against women?”

“Absolutely not,” reads the church’s response, in part. “We repudiate any and all forms of misogyny and racism. We categorically reject the idea that violence is appropriate, regardless of one’s issues or motivations. Murder, especially, is a heinous evil and grievous sin. We also explicitly denounce any and all forms of hatred or violence against Asians or Asian-Americans.”

Another question was: “Do you teach that women are responsible for men’s sexual sin against them?”

It added that it shut down its social media and website as a measure of caution.

“We feared for the safety of members of our church community,” the church said.

The congregation’s current website features the statement on its home page and a “What We Believe” page with its statement of faith and church covenant.

Baptist Press, the news service of the Southern Baptist Convention, noted the church’s elders released an earlier statement on Wednesday that said “We are heartbroken for all involved” and noted their distraught feelings and prayers for the Long family.

Your support helps us pay for our subscription to the Religion News Service.

Previous Rally To Be Held in Downtown Spokane Saturday “To Stop Asian Hate”
Next Ask a Jew: Kosher for Passover