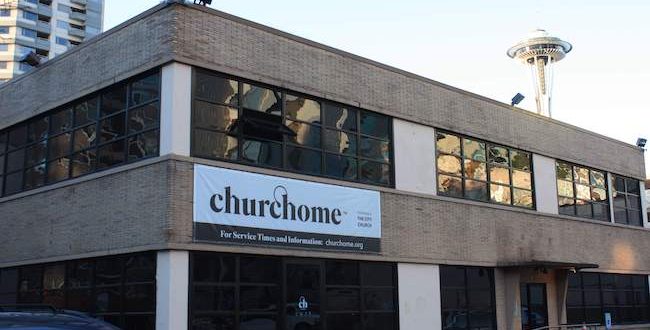 Actors Ellen Page and Chris Pratt were embroiled in controversy last month when Page criticized Pratt for attending a church that has been, in her words, “infamously anti-LGBTQ.” The controversy sparked a discussion about a number of topics including theology, church policy and how much the average congregation knows about the rules set in place by its church.

In the midst of this controversy, one website, Church Clarity, was in the middle of profiling a series of celebrity churches. The church homes of Kanye West, Kendall Jenner, Russell Wilson, Justin Bieber and other celebrities were studied to get a clear answer on their policies of LGBTQ participation and women’s leadership within the churches. This is Church Clarity’s mission. The organization seeks to address the ambiguity that is commonly found in church policies addressing these two issues.

Church Clarity seeks to encourage churches to be more open and transparent with their policies regarding women and the LGBTQ community. The organization’s goal is to score every American protestant church based on their qualifications. Churches can be ranked ‘Clear’ or ‘Unclear’ based on how accessible and transparent the policies are. A church can be ‘Verified Clear’ if a church official responds directly to Church Clarity’s policy-survey.

From there, churches will be marked ‘Affirming’ or ‘Non-Affirming’ based on their positions of LGBTQ involvement in the church. A Non-Affirming church is one that sets any kind of limitations on hiring, ordaining, or marrying members of the LGBTQ community.

The final criteria that Church Clarity scores is a church’s allowance of women in leadership roles, and will be marked ‘Egalitarian’ or ‘Non-Egalitarian.’ A non-egalitarian church is one that sets any limitations on the leadership roles women may have in the church.

Co-Founder George Mekhail saw the need for Church Clarity while serving as pastor for Eastlake Community Church in Kirkland, Wash. After helping move the church to a more LGBTQ-inclusive theology, Mekhail found that many other churches would not openly commend or criticize his church’s position.

“I started to notice that pastors were very privately supportive, but publically not so much,” he said. “So they would say one thing behind closed doors like, ‘Hey we are so proud of you good job, our church is where you are at too,’ but they never really followed that up with any substantive change.”

Mekhail found that many of the non-affirming pastors he spoke with, could not articulate why they were non-affirming, but that they were just trying to keep up the status quo. Mekhail saw this as an opportunity to encourage churches to be more transparent and start Church Clarity.

“Many churches haven’t yet proactively contemplated their policies or considered the implications of their ambiguity until they hear about our work,” Mekhail said.

Before long, Mekhail came across a story written by Sarah Ngu, on a topic very similar to Church Clarity’s mission. Mekhail approached Ngu about joining the organization, and in the summer of 2017, Ngu joined the leadership team and became the Database Director for the website. She believes the organization and the website can be used to benefit everyone, not just those affected by the policies being rated.

There are approximately 150 million protestants in America, making up 350,000 congregations. With a user-submitted rating system and 50 volunteers, Church Clarity has scored less than one percent of them, Mekhail said.

Having profiled and scored churches across America, Spokane is no exception. Six Spokane churches have been scored on Church Clarity. These churches consist of Bethany Presbyterian Church, First Presbyterian Church of Spokane, Fourth Memorial Church, Whitworth Church, Westgate Christian Church, and Westminster United Church of Christ. There was no common trend in scoring for Spokane churches. Each church had its own unique final score.

Whitworth Professor Kathy Lee got connected with Church Clarity after meeting Mekhail at a gathering of the Union of Affirming Christians.

“I think that for too long churches have gotten away with some murkiness,” Lee said. “I think people get hurt. They find out that they initially get involved in a church and they find out that this church doesn’t really fully embrace who I am.”

According to the founders, the website does not seek any kind of goal outside of policy clarity. They do not encourage churches to take a certain policy or lean a certain way.

“It is no secret that George and I hold progressive convictions and that as a queer person, I have my own beliefs…” Ngu said. “…But we do try to keep a very strict kind of objectivity in how we score because what we are most interested in is clarity above all.”

Lee also suggested to Mekhail that Church Clarity expand their scope to a wider range of Christian organizations.

“We are trying to add Christian Colleges and Universities and seminaries,” Mekhail said. “That will be our next focus over the next few months. We will also, in the future, look at adding non profits, para-church organizations, things of that nature.”

Church Clarity is open to accepting more volunteers to rate churches and help in a variety of other ways. Contact George Mekhail and Sarah Ngu for more information.