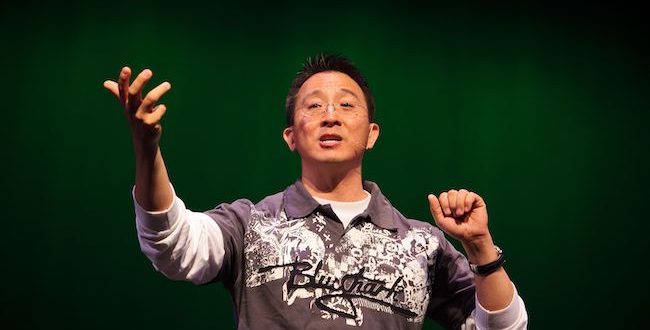 Christopher Yuan has taught at the Bible at Moody Bible Institute for over 10 years and he speaks globally on issues of faith and sexuality. He’ll be in speaking in Spokane Sept. 12.

What Can Evangelical Christians and Churches Do Better for Those in the LGBTQ+ or Questioning Community?

I think it’s first and foremost not viewing one’s sexual identity as the biggest problem. It really isn’t. Ultimately [the] biggest need for every person is to recognize that before a holy God, we are imperfect, that we are sinners. Ultimately my biggest sin was unbelief. So it’s really pointing people to God, pointing people to his son, Jesus Christ … that at the end of the day, though we might outside look different, whether it’s race or whether it’s socioeconomic or whether it’s how one might identify regarding their sexuality, we’re all humans. We’re all need of Christ. I know people are familiar with John 3:16, ‘for God so loved the world’—and that world is all inclusive—‘that he gave his only begotten son.’ So, I think that’s the message that we always want to be on the forefront in our ministry and anytime we speak.

Are Evangelical Christians or Their Churches Doing a Good Job of Ministering to the LGBTQ+ and Questioning Community Today?

If I were to give the church, in general, a grade, I would not give it an A. If I can just judge maybe on the past several years, I think there’s a sense [that] churches and Christians today are recognizing the need to do a better job, and I see churches that are doing that. We have a lot more improvement to do. But I would say in the past, we have treated this particular topic in a unique or strange way that was different from the way that scripture was viewing it. And, although same sex relationships are not God’s will and are sinful, we’re all sinners, and we all fall short of the glory of God, as Paul says in Romans chapter three. As Christians in the past, we treated this as a very unique or much worse sin than any others. And scripture, although it does call it sin, it does not call it the worst sin. So I think it’s good that we are realizing, [where we have gone wrong], and I think sometimes we forget the humanity of people that are different from us. I mean, even Paul talks about the worst of sinners that no one is too far out of the reach of God’s saving hand.

How Would You Respond to Someone Who Believes that Evangelical Christians Who Believe the Bible Teaches that Same-Sex Relations are Sin are a Significant Cause of the High Rates of Suicide among Gay Youth?

There’s this misconception that evangelical Christians are causing youths to commit suicide. So, first of all, that study that people are citing is talking about rejection, not about evangelical faith, not about your view of whether this is sin or not. Because as we know, believing that this is sin is not equivalent to rejection. That’s really important. Actually, it’s quite the opposite. What does the Bible tell us to do with sinners? We’re called to point them to Christ. What do we do with unbelievers who are sinners? We’re to reach out and evangelize and show them the love of Christ. So knowing that someone is a sinner is not equivalent to rejection. … So, when people talk about the blood is on our hands, when we point the blame on something that it is not, we could be crying wolf and actually be a hindrance to finding out what is the true cause for the suicide of our gay teens. I believe it is an issue that we need to address … [but] very few people can pinpoint and say, ‘this is the cause of suicide.’ There are ways to reduce it. And I agree, we should never reject a child.

(Note: The questions and answers were edited slightly for readability.)

Previous Is gambling a sin? – Different takes on the subject
Next Christopher Yuan, author of “Holy Sexuality and the Gospel,” Comes to Spokane for Path of Life Fall Event

other medical uses for ivermectil

how to take ivermectil correctly

how soon does ivermectin work

what worms does ivermectin kill