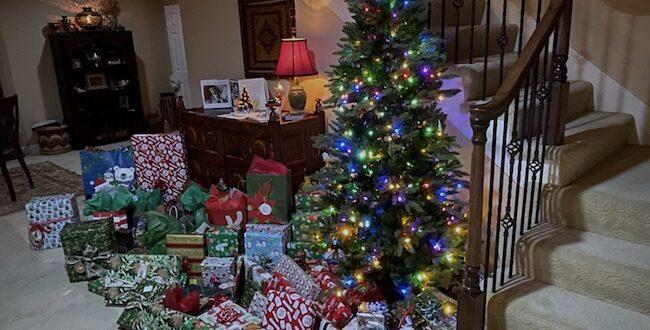 Is the Christmas tree a religious or a secular symbol? I will share the story that led me to search for answers.

There is a first time for everything, and just like that, last year was my first time to have a Christmas tree in my home.

Over the years my children have asked for one but to no avail. So why last year? I have an interfaith family and every year we celebrate Christmas evening at my sister-in-law’s house where she displays her decorated Christmas tree. Last year, due to COVID my husband and I hosted Christmas Eve at our home. Our then 4-year-old grandson, Lucas began asking where is Dado’s (Grandma in Urdu) Christmas tree? Before going any further I must admit that he has me wrapped around his little finger, but this one was a tough one! He asked for it because this is what he knows of Christmas: baking cookies, decorations, Christmas trees and lots of gifts.

With confusion, uncertainty and lots of guilt, along with my husband (Lucas’s Grandpa) I went to get my first Christmas tree. Deep down I was worried if I was doing the right thing. Am I defying or going against any of my religious beliefs by displaying a tree? I also wondered what my family or friends will think of me. But then, I thought, it’s only a tree and a little boy wanting his grandpa and dado to have one!

There are many myths about the origin of the Christmas tree. One of the myths is related to Martin Luther, a German monk of the Protestant Reformation. He believed that pine trees represented the goodness of God. The other myth is from 15th century about the story of St. Boniface. As per History.com, during the winter solstice the ancient Egyptians, Romans, the Northern Europeans, Vikings and the ancient Celtics filled their homes with green boughs to make wreaths, swags, garlands, centerpieces, and other decorations as a symbol of everlasting life.

In the United States this trend dates back to the late 1700’s. Initially the Puritans of New England considered this a pagan tradition, so people were even punished for putting up the tree. This tradition became popularity after German and Irish immigrants reached the shores of America. The American trend of public displaying of the trees also brought the change of real trees to artificial ones. This polyvinyl version took off and to date dominate the Christmas tree market industry and helping the environmental concerns.

“This single image cemented the Christmas tree in the popular consciousness, so much so that by 1861, the year of Albert’s death, it was firmly believed that this German prince had transplanted the custom to England with him when he married,” writes Flanders.

Nevertheless, learning all of this as well as fulfilling Lucas’ simple wish reminded me that my faith is not so fragile that it could be broken by simply putting up a tree. After all, it’s just a decorative tree and carries a secular symbolism even proven by courts. On top of that gift exchange is encouraged in Islam as it increases love.

Intention is the foundation of every action so what matters most is my intention, which was to share joy of a small child. And my Creator Almighty Allah knows my intent so I leave Him to be the judge of all I do.