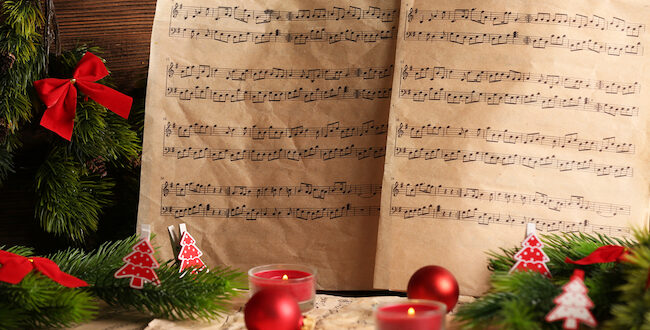 Christmas 2020: I Heard The Bells on Christmas Day

Christmas 2020: I Heard The Bells on Christmas Day

There’s something about Christmas music that touches many of our hearts this time of year. With a very strange 2020 Christmastide, there is a unique sense of loss for many: loss of loved ones, quarantine loneliness, financial stress and a sense of unreality to our celebrations, curtailed by Covid-19.

Perhaps we can gain some perspective on our dark days by turning to the early 1860’s in America, in the middle of the Civil War. Although Christmas as a national holiday would not be declared until 1870 by President Grant, it was celebrated in many homes, often with particular traditions from the old country.

Despite the upbeat arrival of the Christmas Tree tradition, Santa Claus, and singing “Jingle Bells” (1864) and “Deck the Halls,” many families were keenly aware of the empty places at their holiday tables, some never to return from the brutality of war, while others welcomed home their soldiers, wounded physically and mentally from the battleground.

Some of the hymns familiar to both them and us include “Hark, the Herald Angels Sing,” “O Come, All Ye Faithful,” “It Came Upon a Midnight Clear,” and “We Three Kings.”  “Once in Royal David’s City” was written to instruct children about the birth of Jesus.  “O, Little Town of Bethlehem” was written on the heels of the Civil War, a reflection on the peace of Bethlehem and the scourges of war the nation had so recently experienced.

The entire nation struggled. In South Carolina, with her husband gone to be an aide to Confederate President Jefferson Davis, diarist Mary Boykin Chesnut reflected:

It is in the midst of such difficult times that Massachusetts poet and abolitionist, Henry Wadsworth Longfellow,  penned the poem, “Christmas Bells.” He had suffered the tragic loss of his beloved wife, welcomed home his wounded soldier-son, and now struggled to regain his equilibrium. For a time, he could write nothing.  The words to the poem came to him on Christmas morning 1863.

It was set to music seven years later. It is not a familiar hymn to many. An alternate tune was covered by Bing Crosby (1956), the Christian group, Casting Crowns (2008), and others through the years. It appears in some church hymnals, but rarely are all seven verses included, lest our sensitivities about Christmas be offended.

He begins with the reality of the moment of a war that would claim about 620,000 from battle, starvation, disease and accident. He does not shy away from the pain he has felt, knowing that it is multiplied in household after household, north and south.

Then from each black, accursed mouth
The cannon thundered in the South,
And with the sound the carols drowned
Of peace on earth, good-will to men!

It was as if an earthquake rent
The hearth-stones of a continent,
And made forlorn the households born
Of peace on earth, good-will to men!

Think about what an impact those words would make on your Christmas card!

And as Longfellow struggled with this reality, he came to a new understanding, one of hope and truth. A nation’s despair, his own personal loss, were not God’s final word:

Then pealed the bells more loud and deep:
“God is not dead, nor doth He sleep;
The Wrong shall fail, the Right prevail,
With peace on earth, good-will to men.”

So as 2020 draws to a close, and we celebrate, like them, tables with loved ones absent, a nation shaken by racial division and inequity, political divisions sharp and painful, and the specter of Covid-19 still looming large, we can indeed take comfort in the process by which Longfellow came to his own peace:  The holiday, the celebrations, marred by the events around them, come to a deeper meaning through hardship.  Luke (chapter 2) records this hope-filled good news of the first Christmas:

And the angel said, “Fear not! For behold!

I bring you good tidings of great joy,

Which shall be for all people.

For unto you is born this day..a Savior

Who is Christ, the Lord!

And suddenly there was with the angel

A multitude of the heavenly host, praising God and saying,

“Glory to God in the Highest! And Peace on earth to all people!

Becky Anderson is a retired PCUSA pastor living in Newport where she most recently served as pastor of Newport United Church of Christ. She grew up in Eastern Washington, and has served churches in Washington and Wyoming. She is a graduate of Whitworth, Regent College (Vancouver) and Union Presbyterian Seminary in Richmond.

Previous As heavenly bodies converge, many ask: Is the Star of Bethlehem making a comeback?
Next Christmas Spirit isn’t about things, it’s about memories and kindness