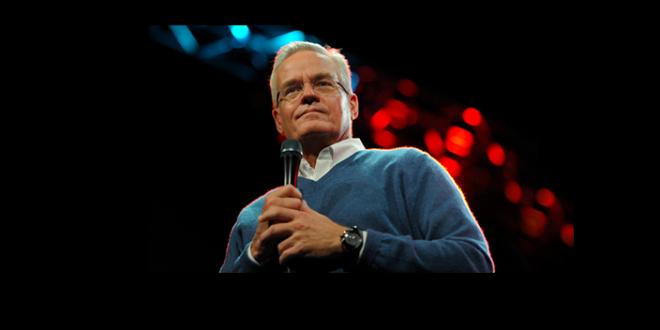 Christians must hold their leaders accountable

About a year ago, I was sitting on a panel about women in the Bible as we discussed the prevalence of sexual abuse against women in the biblical narrative. The woman sitting to the left of me shared the story of her experience with abuse: Her ex-husband, who was a pastor, had abused her, and when she spoke up about it, the church’s congregation didn’t believe her and sided with the pastor. She was ostracized and forced to leave her church.

Abuse is always heartbreaking, but when the perpetrator is a respected and trusted spiritual leader, it seems even more painful. As James says in his epistle,

“My Christian brothers, not many of you should become teachers. If we do wrong, it will be held against us more than other people who are not teachers. We all make many mistakes. If anyone does not make a mistake with his tongue by saying the wrong things, he is a perfect man.” (James 3:1-2a, NLT)

We hold pastors and other church leaders to a higher standard, and we expect them to set an example for believers and represent the gospel well.

Unfortunately, another story of abuse in the church has made headlines recently. Bill Hybels, head pastor of Willow Creek Church, is stepping down due to allegations of sexual misconduct. When I first heard the news, my first thought was, “This is not going to make Christians look good.” And it doesn’t. It’s embarrassing. It’s shameful. And it’s tragic.

I have attended the Global Leadership Summit hosted by Willow Creek a few times, and every year, Bill Hybels has given the opening and closing remarks. He was a man I looked up to. A man who was charming and passionate. An amazing leader. I am far from the only Christian in the world who saw Hybels this way and looked up to him as a role model. With 25,000 attendees at Willow Creek’s main campus every week and an estimated 445,000 people tuning into the Global Leadership Summit this August, Hybels’ influence stretches wide.

Whether the allegations are true or not is unclear. Multiple women have made claims ranging from lingering hugs and suggestive comments to unwanted kisses and invitations to hotel rooms. When these claims came to the attention of Willow Creek’s elders, an internal investigation was launched with the assistance of an outside attorney. While the inquiry turned up no evidence of misconduct on Hybels’ part, many involved have expressed that the investigation was not thorough enough to confidently draw this conclusion.

This leaves those of us who have looked up to Hybels with many questions and mixed emotions. I’m desperate for the allegations not to be true, and I’m afraid that they are. I’m wary of accepting every accusation without more conclusive evidence, and I’m proud of these women for coming forward with their stories. I’m outraged at the thought that these things likely took place, and I’m hopeful that these women won’t have to go through the same thing the woman from the panel went through. I’m ashamed that the initial investigation that began over four years ago failed to do a thorough job, and I’m grateful for pastors such as the Ortberg family for stubbornly demanding a better investigation and pushing to hold Hybels accountable.

That’s what every Christian ought to be doing. We need to hold each other accountable and protect our pastors from the allure of their own perceived power. We are not immune to temptation or sin, and neither are our leaders. We all make many mistakes, but some mistakes are completely inexcusable.

Previous Donors pledge $3 million to enhance campus ministry at Whitworth
Next Ask A Jew: What helps you on your spiritual journey?