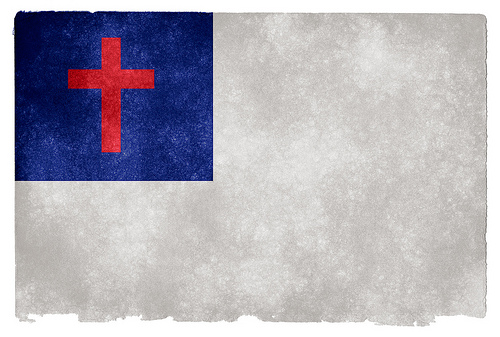 Before his South Carolina triumph, Donald Trump got into a tiff with Pope Francis. Pope Francis made a comment about those who want to build walls instead of bridges, saying they are most likely not Christian and while the comment didn’t mention The Donald by name and could easily be applied to Ted Cruz and even Marco Rubio, The Donald took it personally and fired back at the pope saying Pope Francis was a political pope doing the bidding of Mexico. Pope Francis’ answer of pointing out —  as Aristotle did long ago — that we are all political creatures and of course he is political, though his is the radical politics of Jesus. The pope chuckled as he answered the charge and his laughter was born of an intense understanding of Christian theology and praxis. The Donald was certainly in over his head. By the end of the week, The Donald had backed down, saying the pope was a great guy. Then, The Donald won a majority of evangelical votes in South Carolina.

Yet, Jesus repeatedly rejected the crown when offered. The Romans forced a crown of thorns on him and it’s an apt metaphor for the politics of Jesus. Jesus rules in a vastly different manner than the king, president or head of state. That gets to what has become our more narrow sense of the word politics. We have come to view politics merely about the crown, authority and power, rather than about the welfare of the nation. We hear Ted Cruz explicitly demand the presidency and the crown to rule as a Christian and for Christian interests (interesting… the exact opposite of Jesus).  He also seems to be unaware that he contradicts the biblical principles that he says he wants to uphold.

We confuse these two senses of political, working for the welfare of our nation and power to rule. Of course, this is not new. There was a lively debate on the role of the church and state at the start of our democracy, where John Rodgers the founder of Rhode Island, argued that church must always be separated on theological grounds. He followed the blood red stain of stain churches as well as recalling the Bible. Because if not the church can too easily fall into being an instrument of the state. While we were founded by a collation of Christians and deists, our Christian founders were to well versed in Christian theology to think we were a founded as a Christian nation. Rodger’s view ultimately won out as the framers embraced checks and balances. None of us are exempt from the temptations of the Original Sin. We all want the crown in our homes, and we want the golden crown over the polis. We demand the golden crown of Caesar and reject Jesus’ Crown of thorns. The Gospel arises from Jesus’ crown of thorns, though.

Like Jesus, we must reject the golden crown and look to work for the welfare of the place God places us. We must not coerce our faith onto others. The history of Christendom has been to filled with needless blood when we refuse to follow the lead of Jesus in explicitly rejecting the crown and taking up in a false sense of righteousness.

In our democracy, we Christians should vote and more than that we must follow Jesus in transforming hearts, reaching out to the hungry and giving them food. And we should do this knowing that we are following Jesus. This is the most radical of politics… the politics of the love.… the politics of the cross.