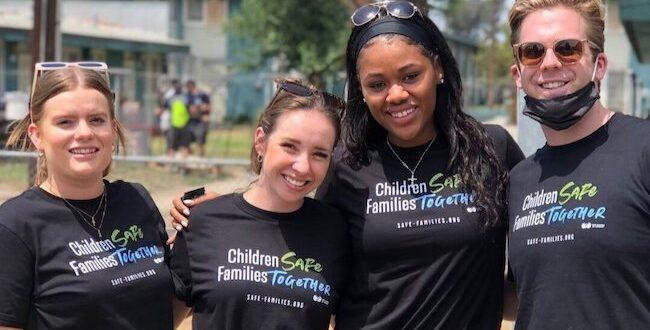 Safe Families for Children, a national nonprofit that markets itself to churches and evangelical donors as a faith-based alternative to foster care, has helped more than 50,000 families in crisis by caring for their at-risk children. Over the past five years, it has grown from less than $500,000 in revenue in 2016 to more than $7.7 million in 2020.

Now, the group may be experiencing a crisis of its own after some of its 100 local chapters have left the network to start new, independent groups that work only with traditional male-female families. Safe Families would not say how many.  Ken Norwood, the group’s chief operating officer, has also resigned.

Neither Norwood nor Emily Kemmann, who formerly ran Safe Families’ Charlotte chapter and now leads the new Charlotte group, Alongside Families, would comment for this story.

Safe Families spokesperson Cheri M. Jimenez told MinistryWatch there’s been absolutely no “woke” uprising, and no change in policies at the nonprofit.

“We have not changed anything,” she told MinistryWatch, which profiled Safe Families in 2019. At the time, the group’s work was being promoted by North Carolina Family Policy Council, part of a network of state policy groups founded by James Dobson.

“We are still a bunch of Christian people doing what we feel God called us to do,” Jimenez said.

She was surprised to see controversy arise after March 1, when Bethany Christian Services, the country’s largest Protestant adoption and foster care agency, announced it would begin allowing LGBTQ couples to foster and adopt children.

Safe Families was founded by Dave Anderson, a Christian with a doctorate in psychology, who created the organization to answer a simple question: “Could the Church be the answer to helping families in crisis stabilize and thrive?” The organization receives $1.6 million a year from the state of Illinois to help at-risk children there, and partners with more than 4,600 churches around the U.S.

THANK YOU for your support, prayers, and uplifting of this ministry during our transition from Safe Families for Children to Alongside Families…To avoid confusion, I want to make you aware that the Safe Families for Children national office has just hired a Charlotte Chapter Director with previously raised Charlotte-designated funds with the aim of re-starting Safe Families in Charlotte. There are no churches currently partnered with SFFC in Charlotte…We believe the Lord is providing powerfully for gospel-centered family preservation in Charlotte and are excited to see what the Lord will do through Alongside Families.

Jimenez says she has had some 100 conversations with Safe Families leaders and supporters about the “woke” claims. “Every conversation I have had with pastors and leaders has ended positive with great understanding on our position,” she said.

“It’s heartbreaking, because there’s no woke here,” she said. “Bethany’s decision highlighted the fact that we’re a non-religious organization, but we have not changed anything.”

But that statement appears to contradict the group’s website, which claims Safe Families for Children “is a faith-based movement motivated by compassion, generosity, and hospitality to keep children safe and families supported facing a crisis.” It works with localities and states across the country, helping often over-burdened and under-funded child welfare agencies. “We bring church and community together mobilizing an army of volunteers to advocate for vulnerable children and socially isolated families.”

Typically, volunteer families care for a child for 45 days, and 90 percent of children are returned to their birth families, who are hopefully better able to care for them. The group also operates in Canada, the U.K., and now Hong Kong.

Previous Can it be too early for Christmas?
Next A Heavy Heartbeat When It Comes to Abortion Bans