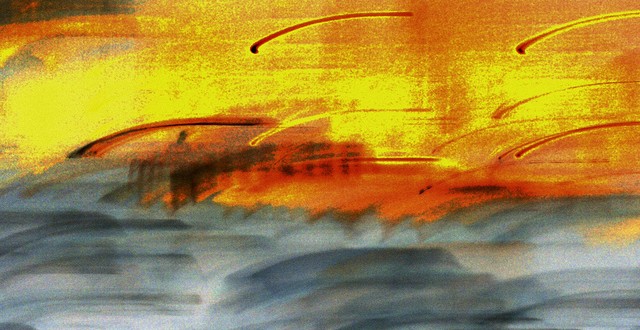 Christ and the Buddha: Similar Missions in Hell

Christ and the Buddha: Similar Missions in Hell

Note: This is an essay in comparative religion, and, as such, scripture and creeds are taken at face value. I make no judgment about their truth.

At this time of year, I always write a column for the Buddha’s birthday (April 8 in Japan), and occasionally an article on Easter. This year I will be combining both under the topic of saving the souls in hell and the religious instinct (almost entirely suppressed in Christianity but common in Asia) towards the concept of universal salvation.

Christ’s descent into hell was not in the earliest creeds, and it was only added to the Apostle’s Creed in A.D. 700. It has caused controversy ever since.

The concept, however, has a certain logic to it. If Jesus actually rose from the dead, he must have been in the realm of the dead from the crucifixion until his resurrection. John Calvin believes while in hell, Jesus “completed his (redemptive) sufferings” that began with the Crucifixion.

The Catholic Catechism asserts “that Jesus did really die and through his death for us conquered death and the devil. In his human soul united to his divine person, the dead Christ went down to the realm of the dead.” I’m startled by the phrase “dead Christ.”

While in hell, Christ, according to some accounts, gathered all the righteous men and women of the Old Testament and led them directly to heaven. They were known as the “the Church from the time of Abel.”

The Catholic Catechism declares: “Christ opened heaven’s gates for the just who had gone before him.” The Church father Justin Martyr even included virtuous pagans such as Socrates and Plato. In Dante’s Inferno these good pagan souls reside in Limbo along with unbaptized infants.

In a recent newspaper interview, Pope Francis said: “There is no hell, there is just the disappearance of sinful souls.” The Vatican quickly responded that the Holy Father had been misquoted, but this is essentially the view of the Church Council Vatican II, which made major revisions to church doctrine in 1965. The punishment of sinners should now be viewed as just eternal separation from God.

Sometime in the 6th Century B.C., Gautama Buddha was sitting under a tree in Bodhgaya, India. Deep in trance he had gained extrasensory perception of the world past and present. He surveyed millions of beings suffering in various levels of hell, and he felt deep compassion for them.

The Buddha never saw himself as a savior or a divine being, and he firmly believed that one will reap what one sows. For him the concept of unearned salvation violates the law of karma.

The Bodhisattva ideal was a feature of many later Buddhist schools. As “Beings of Enlightenment,” these selfless lay Buddhists amassed great stores of merit, which they were able to bestow upon lesser souls without them earning it. They vowed that they would forego salvation until all other beings passed into Nirvana before them.

In one later Buddhist text, Bodhisattvas, “equally accept the suffering of others and dive into hell like swans into a pool of lotuses.” Here is the witness of another Bodhisattva: “For I have taken upon myself the whole of the pain of all things living. I shall give myself into bondage to redeem all the world from the realm of death.”

For centuries, millions of Asians flocked to Pure Land Buddhism in which anyone, simply by chanting the name of the Buddha would, at the end of their lives, ascend to the paradise of the Pure Land.

In “evangelical” Hinduism, Krishna declares: “He who knows me as the Supreme Lord is freed from all sins.” In another text, Krishna dispatched demons to heaven against their will and without any conditions.

Christian Universalism is based on the argument that it is unjust to condemn a finite sinner to infinite punishment. They believe that a gracious and just God would make it possible for every soul to be saved. As Universalist Thomas Wittemore states: “Every individual of the human race shall become holy and happy.”

Christian Universalists have, understandably, been considered heretics, and they have gathered few adherents over the centuries. In 1961, the Universalists joined with the Unitarians, equally few in number, who, along with eschewing the idea of hell, also reject the Trinity.

For this offense Michael Servetus, the Unitarians’ founding theologian who was assiduous in pointing out the scant biblical evidence for a triune God, was, in 1553,  burned at the stake at the instigation of none other than John Calvin.

Postscript: I refer to you my article “Last Judgment as Self-Judgment.” After further reflection and in the spirit of Buddhism, I would like to re-phrase that as “self-acceptance.”

For comparisons and contrasts between Buddhism and Christianity see this.

Previous 5 Devout Reasons to Use a Sermon Audio App Daily
Next Ask A Buddhist: What is Dukkha?