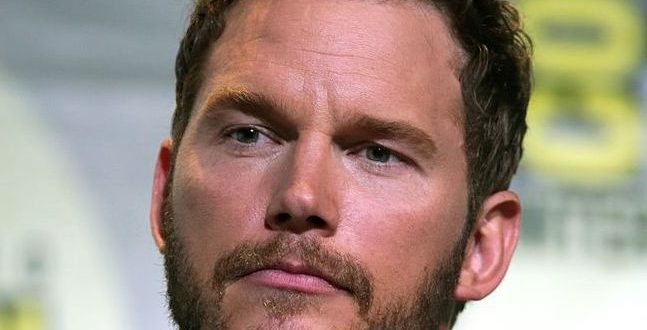 This past week Chris Pratt was recognized at the MTV awards with the Generation Award. While I can’t say that I watch MTV, I did catch Pratt’s acceptance speech after the fact. What came from his mouth was a mixture of life advice intermixed with the humor so common to Pratt and the characters he routinely plays. As I watched Pratt, I think I sensed that there might have been a little trepidation in his voice, because he was openly talking about God in an era that has become increasingly antagonistic to anyone of faith.

I’m sure he has seen the effects of actors and actresses persecuted for opinions differing from that of mainstream Hollywood, we all have, but nonetheless he appeared to surge forward. I can only imagine what was going through his mind. While he received a lot of applause, I saw several faces that looked uncomfortable as the camera panned to them.

In his short speech, he delivered what he called “9 Rules from Chris Pratt,” some of which included the suggestion to breathe, and to be careful with the soul that you have.

Pratt gave some solid life advice which could be applied to any generation of people, saying “Don’t be a turd. If you’re strong, be a protector, and if you’re smart, be a humble influencer.” He also said, “Doesn’t matter what it is — earn it.”

Then he moved to his testimony, and let’s be honest, that’s what it was.

“God is real. God loves you, God wants the best for you. Believe that. I do,” Pratt said. “Learn to pray. It’s easy, and it’s so good for your soul.”

“Nobody is perfect. People are gonna tell you you’re perfect just the way you are — you’re not,” Pratt went on to say. “You are imperfect. You always will be. But, there is a powerful force that designed you that way. And if you’re willing to accept that, you will have grace. And grace is a gift. And like the freedom that we enjoy in this country that grace was paid for with somebody else’s blood, do not forget it. Don’t take it for granted.”

This isn’t the first time Pratt has shared his faith openly. In April of 2017, while filming “Jurassic World,” Pratt and co-star Bryce Dallas Howard took a break to spend some time with the children at Great Ormond Street Children’s Hospital in London. In his Instagram post about the visit, Pratt quotes Psalm 107:8-9, “Oh the men would praise the Lord for his goodness, and his wonderful works to the children on men! For he satisfieth the longing soul, and filleth the hungry soul with goodness.”

I know there are people out there who will say, but look, Chris Pratt is imperfect; he has done this or that. I would say yeah, he is. Here is a great example of an imperfect guy sharing his testimony of a faith that seeks to make imperfect people, like him and all of us, perfect.

Previous Reflections on the family separation crisis, as a parent and a Jew
Next GoodGuys men’s group works with YWCA to stop domestic violence