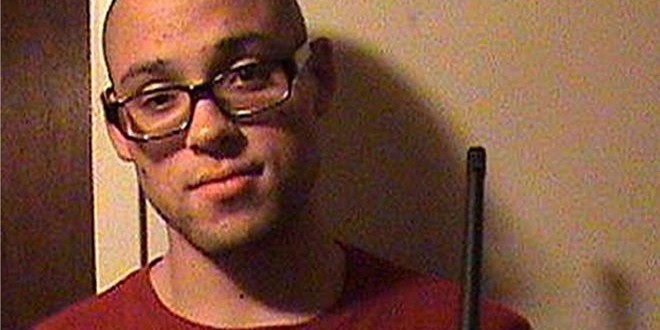 Chris Harper Mercer: Not a Zero

In the wake of the latest mass shooting, this time at Umpqua Community College in Roseburg, Ore., well-meaning hyperbole is flying thick and fast, with the Douglas County Sheriff John Hanlin leading the way. Hamlin said at a press conference on Thursday, “Let me be very clear: I will not name the shooter. I will not give him the credit he probably sought prior to this horrific and cowardly act. Media will get the name confirmed in time, but you will never hear me mention his name.”

OK, I get it. There is an idea surfacing, which appears to be true in this case, that these types of mass shootings are an effort by the shooter to gain fame, and Hamlin, like many others, does not want to give Chris Harper-Mercer the limelight. Fine, yes, let’s try to avoid copycat killings at all costs. Yes. Hamlin’s passion and logic I can agree with, but Michael Daly at the Daily Beast, among others, takes it too far. In an article dated October 2, 2015, just one day after Laurel Harper and Ian Mercer, Chris’ parents, lost their son, Daly describes Chris as a ‘zero.’

“Forget the zero and remember the hero.” Daly wrote. Daly’s article extols the virtues of the brave Army war vet, Chris Mintz, who put his body between the gun and his fellow students, and rightly calls Mintz a hero. However, in trying to lift up the courageous actions of Mintz, Daly discounts Harper-Mercer’s memory with the ugly moniker ‘zero’ and that doesn’t sit right with me.

We are learning more about Harper-Mercer’s life, his nervous and shy ways, his dislike of loud noises, his short stint in the Army, and much of what the media will tell us will be spun sideways to make him look like a monster. Chris Harper-Mercer was not a monster, not a nothing, not a zero. When we allow cruel phrases like ‘forget the zero and remember the hero’ to stand without challenge, we only perpetrate the very problems in our society that create the Chris Harper-Mercer’s.

Lonely young men, with few friends and stunted social skills, are ignored and belittled by our society. All it takes is one scornful laugh by a Big man On Campus, and pretty soon they are the object of ridicule and side-eye glances from all the pretty girls. Downward goes the spiral; the weak are treated worse and worse until one day they break. Some quietly attempt suicide, and everyone says, “How sad.” Others, like Chris Harper Mercer, lash out against the system that has sent them to the bottom. To call Chris a zero is to throw gasoline on the fire of vitriol that already consumes far too many in American culture.