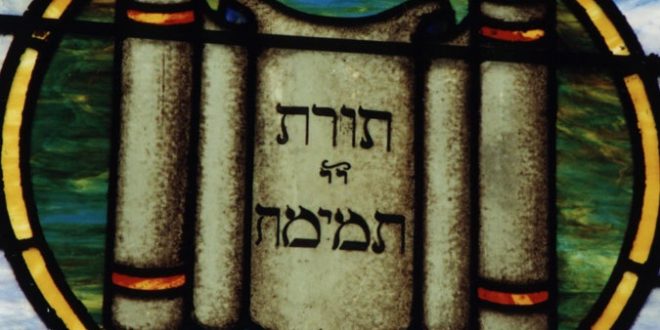 Most rabbis are hired by already formed synagogues. Someone long ago chose which Torah to buy, new or used, freshly written or already loved for many years.

Gonzaga University is buying their first Torah for the small community of Jewish students, faculty, and staff members lead by Rabbi Elizabeth Goldstein. Since arriving at Gonzaga, more than 10 years ago, Rabbi Goldstein, a religious studies professor has stepped into the newly created position of Jewish chaplain, mentored the Jewish Bulldogs student organization, and just recently inspired the creation of a Parents of Jewish Bulldogs Facebook group. For the last few years, she has led Friday night services and assisted students in leading services and Jewish events on the Gonzaga campus.

The community is now ready to take a new step―buying a Torah.

About as far from Gonzaga in Eastern Washington state as you can get and still be in the same country, there is a company, Sofer on Site, in Miami where a Jew can choose a well-loved Torah with a rich history.

Due to the 2020-2021 shut down and the Covid pandemic, there are some Jewish communities who have closed their doors or merged with another synagogue. Some larger communities have decided that they just don’t need so many Torah and are in need of funds instead. These communities turn to Sofer on Site to match them up with communities interested in purchasing a Torah, which can run from $9,000 to $30,000 or more.

Torahs are expensive because they aren’t printed like ordinary books or Bibles. They are created by scribes who write with a feather quill and ink on a special parchment. Sometimes scribes write for a year to produce a single Torah scroll. The lighter and finer the parchment, the more expensive the Torah, which can weigh from 10 to 60 pounds. A 12-pound Torah is considered light.

There is wide variety in price, size, and style of the writing in Torahs. The oldest know Torah scroll is carbon dated to about 800 years ago. Even Amazon offers an Authentic Kosher Hand-Written Torah Scroll reconditioned for $28,000, while the most expensive Torah scrolls can be over a million dollars.

Rabbi Goldstein and I had a chance to look at 30 or so Torahs on consignment at Sofer on Site. There are so many choices to make. How tall do you want the Torah to be? How big should the font be? How wide should the column across be?

Some Torahs were written by Ashkenazi scribes and some by Sephardic scribes. There is a big difference in how it looks. The character of the letters and flourishes are uniquely influenced by the scribe who writes the letters and where he (or she, more recently) learned how to make a Torah. Some Torahs are from France, Poland, Lithuanian, and Russia. We even saw one from Czechoslovakia. In some, the letters are very close together while others have larger spaces between each letter. All of these style decisions are made by the scribe in charge of that Torah. A few of the scrolls we saw are extremely unique with flourishes on the letters rarely seen in other Torahs.

Our guide Rabbi Menachem Bialo at Sofer on Site pointed out way to see whether the Torah was handwritten in Poland or Russia and other features of the Torahs he unrolls for us to see.

We had a rating system: a 10 for ones that seemed perfect for the Gonzaga Jewish community and one’s for some which seemed too big, too difficult to read, too unusual for new Torah readers in Spokane.

In the background, as we look at the available Torahs, are scribes who repair the scrolls who have come in. Some Torahs have smudged letters or small tears in the parchment. Some of the Torahs have sat in the synagogue’s ark for many years and have to be gently cleaned. Most can be repaired and begin into a new life as perhaps the first Torah for a new community, while a few have been so neglected that they will likely never be read from again on the Sabbath or holidays and may become an educational tool instead.

Which Torah will be perfect for the Gonzaga community? At the end of the afternoon, there are eight with a 10 rating. Each Torah described in a different way:

That was the short list to be narrowed to one Torah for the Gonzaga community based on price and more consideration of which will feel like it is the perfect one for this community.

Of course, once the Torah itself has been chosen, decisions have to be made about what poles (the wooden part for rolling the scroll), the covering, a Yad (hand in Hebrew) a thin pen shaped tool for following along the letters when reading from the Torah, and the design of the ark or cabinet, where the Torah will be stored when not in use. These decisions will be made in consultation with the Jewish Bulldog design committee.

For now, we look forward to the Fall to Simchat Torah, (Rejoicing of the Torah) when the yearly cycle of Torah reading is completed, and the next cycle begins. The Gonzaga Jewish community hopes to be able to celebrate their own Torah.

The Gonzaga Jewish Community has a fundraising link for the Torah here.

Previous Where We Gather: Spokane Tribal Gathering Place
Next Who Was The Bab? Why It Matters.