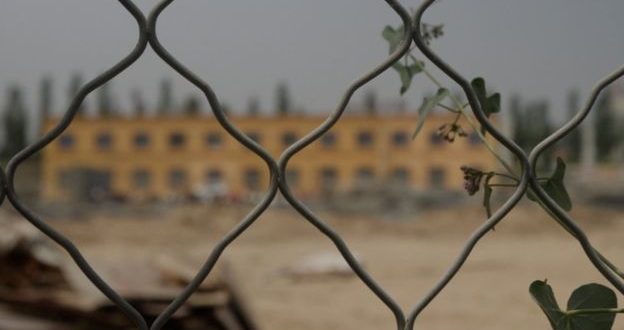 Stories about family separation and child detainment at the southern border have been prevalent in the national news lately, but similar separations have gone comparatively unnoticed in China.

For over a year, the United States government has been holding children who were separated from their families while attempting to immigrate into the country at detention centers. In April 2018, then Attorney General Jeff Sessions announced a “zero tolerance” policy, mandating that everyone be criminally prosecuted who attempted to immigrate into the U.S without authorization from the Department of Justice. Since children cannot legally be held in criminal detention, over 2,000 children were separated from their parents, deemed “unaccompanied alien children,” and placed in detention centers between April and June of last year. President Trump then signed an Executive Order to end such separations, but the families who were separated during that three-month period have yet to be reunited.

Meanwhile, family separation is also occurring on a large scale in Northwestern China. A new study from the BBC indicates that many adults in the Xinjiang region are being held in re-education centers. These adults are all Uighurs, a predominantly Muslim ethnic group, who Chinese authorities have deemed potential religious extremists. Any expression of their faith – from praying to growing beards – can be enough to be forcibly enrolled into schools in which they learn Chinese language and profess commitment to the Chinese Communist party. They are not allowed to pray or practice their Muslim faith in any way while in these institutions. German researcher Dr. Adrian Zenz suggests that these “Boarding schools provide the ideal context for a sustained cultural re-engineering of minority societies.”

While these adults are held and educated in an attempt to “combat violent religious extremism,” many of their children are being enrolled in similar schools. There is a “campaign to systematically remove children from their roots” and place them under the care of the Chinese state. Like their parents, they are taught not to speak their native language or pray throughout the day.

At our southern border, individuals and families who are not white and do not speak fluent English face possible detainment or prosecution or, as in the tragic case of Oscar Alberto Martinez Ramirez and his young daughter Valeria, desperation and death.

In contrast, in China many Uighur individuals and families wish to emigrate from the Xinjiang region to Turkey where they have family roots in order to escape the religious repression they face in China. Whereas in America people who want to enter the country are being denied, those in China who wish to flee the country are being detained and trained to be loyal to the Chinese government and culture.

The common denominator is fear of difference and the threat that it poses to those in power. By villainizing Spanish-speaking immigrants, the current White House administration has been able to garner support from many American citizens in giving them a common enemy. Meanwhile, President Xi Jinping demands political loyalty from those living in China at the risk of forcible separation from one’s family and culture. The detainment spaces in both of these countries have been dubbed “concentration camps” by critics.