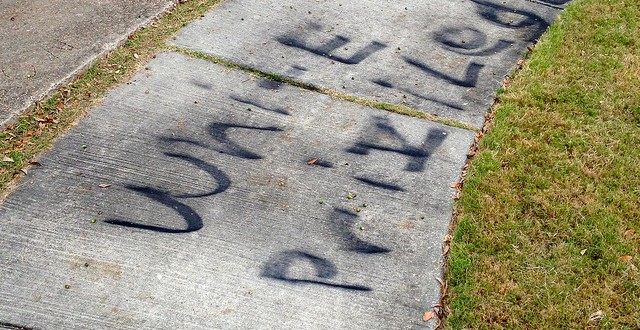 Checking his privilege: A response to Tal Fortgang

For a while I’ve been meaning to address the controversial essay “Checking My Privilege,” by Jewish college student Tal Fortgang. At Princeton, Fortgang’s fellow collegians apparently advise him to check his privilege on a regular basis. Since I attended hyper-liberal Oberlin College, I’m pretty familiar with identity politics. It seems that Princeton, too, is a place where not understanding one’s personal privilege (based on factors like race, sex, and class) is considered bad form. I also understand how frustrating it can be for a three-word phrase to shut down what seems — at least to some participants — like healthy dialogue.

Nonetheless, Fortgang overcompensates in his argument against the check-your-privilege phenomenon. In a drawn-out scolding session, he sarcastically suggests that his family’s history of hardship could be the privilege he’s being asked to check. Naturally, he starts with the Holocaust: “Perhaps it’s the privilege my grandfather and his brother had to flee their home as teenagers when the Nazis invaded Poland.” As moral trump cards go, surviving genocide certainly ranks high.

The central problem for me in Fortgang’s piece is that he doesn’t address how being male and white and not exactly poor helps him in the present, and how these factors have helped him get where he is today. He adopts either/or logic instead of both/and. Here’s what seems true to me: Fortgang has achieved a lot on his own steam, and his ancestors suffered and persevered, and he has benefited from some degree of privilege.

Taking a both/and view helps us avoid arrogance and provides context. It doesn’t invalidate what we’re able to accomplish based on either innate or learned ability. Checking one’s privilege doesn’t negate personal power. It simply helps us to see whose shoulders (and whose backs) we’re standing on. Theoretically, it also motivates us to push back against systemic oppressions in whatever way we can.

Fortgang laments that it’s unproductive to “[call] someone out for the ‘privilege’ which you assume has defined their narrative.” Of course, he’s making an assumption, too: that the people who call him out think privilege defines us. It influences us, and it can do so heavily, but it need not define us.

Unfortunately, Fortgang’s reactionary piece labels those who tell him to check his privilege as “detractors.” If there’s one thing privilege isn’t, it’s personal. It may be historical, socioeconomic, and cultural, but it isn’t about a person’s uniqueness. It’s about the forces that wall us off from each other based on aspects of who we are that may have been set at birth, such as biological sex, skin color, and family income level.

Checking one’s privilege isn’t always fun, but it’s a step towards understanding and overcoming difference. The fact that they have privilege doesn’t mean that the grandchildren of Holocaust survivors, myself included, have nothing to complain about. By making the conversation about himself, Fortgang misses the point.

Join SpokaneFAVS for a Coffee Talk discussion on “Addressing Racism and Prejudices” at 10 a.m., Oct. 4 at Indaba Coffee Bar. Schindler is a panelist.

Thanks, Hyphen! See you at the coffee talk?

Unfortunately the Coffee Talks are scheduled when Hyphen is at synagogue, but we’re *hoping* to take some audio this time. (Hoping is the key word!)

Yes, I think the “my pain is worse than your pain” argument gets us nowhere. The pain experienced by any underrepresented group is uniquely theirs, and to insert my/our pain and to in effect nullify theirs is to not have listened at all. If I stumble onto the site of a car accident and the driver is trapped and bleeding, does any sane person begin the conversation with, “I was once in a car accident too. Boy, did it hurt!” That would be idiocy, but that is exactly how we begin conversations of race and privilege. Silly, really, when you think about it. Does the fact that my Irish forebears were stripped of their land and died by the thousands on boats steaming for America have ANYTHING to do with the centuries-long fight for survival that American Blacks have endured?? No contest, but also, no reason to even bring it up. If I desire to learn about the situation with the Black community, then I should simply sit and listen, and not counter with anything…no story, so shared pain, no trumping. Just open ears to hear.
Thanks for another great article, Neal!

Jan that’s so dismissive. I’ve heard the same arguments used in the gay civil rights battle. Should we dismiss the gay’s cry for equal place as that of black civil rights struggles? Is it fair to equate one groups struggles with another’s. Does one group get to say their present experience is more valid than anothers? Does one group of oppressed people get to say to another, stop your complaining?

My answer to all of these is no. But how is Jan suggesting that parallels between LGBT rights and the civil rights movement are absolute? How is she supporting the equating of one minority’s struggle with another’s? Seems like she’s doing the opposite, so your comment confuses me.

Yeah, what Neal said. I think maybe either I didn’t make myself clear, or you took me wrong. I meant that we shouldn’t dismiss one groups pain, or even compare them, to another’s. So, the answer to all your questions is NO, and that’s what I was trying to say in my original post. 🙂

I just like the helpful information you provide on your articles. I’ll bookmark your blog and take a look at once more right here regularly. I am moderately sure I’ll be told lots of new stuff proper here! Good luck for the following!|