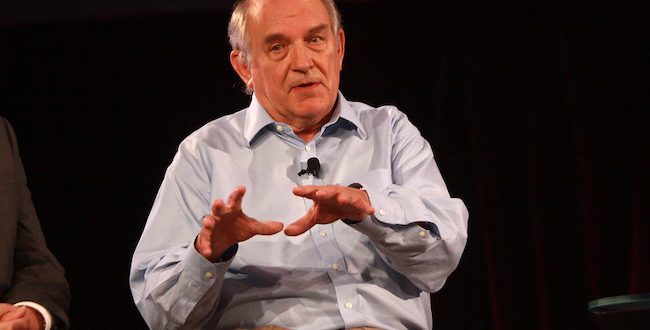 That fox, Charles Murray is back at it with his new book, “Human Diversity.“

Charles Murray, for those not familiar with him, carved out a career with the publication of “The Bell Curve.” “The Bell Curve” is a patched-together, pseudo-scientific tomb that argued IQ was fixed and that certain populations were not as smart as others. It was thoroughly debunked shortly after it came out, but since is supported certain political goals, Murray’s biological determinism had immediate appeal and became a best seller. The controversy was gold for Murray and he did well for himself. He also was not taken seriously by most scientists and since his conclusions were used by white supremacists, when he became a target of progressives most famously being shouted down at Middlebury College in 2017. This made Murray an intellectual martyr to other biological determinists, like Atheist Sam Harris among others.

Murray uses biological determinism to argue against any help for the poor in improving their lives. He argues throughout his career that certain groups are biologically determined by genes their lot in life. He then takes on the mantel of science to prove his idea. Of course, his idea is nothing new, but predates science and it is Aristocratic Impulse or the idea that there are people who are born with better abilities and others born with worse abilities and there is nothing to do about it. Biology rules us. Before it was by noble birth and the pureblood. The modern version uses genetics instead of blood.

It seems that this idea is correct. We all know from experience that some people seem naturally smarter, stronger, or more social than others. It seems to be all about being sentenced by biology in intelligence, strength and even success. Yet, we also experience that when we exercise, our muscles grow. Players’ performance improves when playing in their home gyms with people cheering them on vs. playing on the road when they get booed. When we encourage people, their performance increases. The latter observation leads to the self esteem movement and its excesses. The thought being that all kids and poor kids, in particular, needed just to be encouraged to improve their outcomes. It came down to the age-old debate between the importance of nature vs. nurture. Ultimately, the biological determinism of Charles Murray is a dangerously bad idea. It does not help people reach their full potential and has no predictive power that only leads to apathy.

First, since it predicts nothing as every outcome can be placed on the altar of biology. This poor boy grew up to be a noble scientist, well his biology was there to begin with. Rather than a theory, biological determinism is a perspective to every outcome. So, if it is the best perspective, then why argue with it? The problem with Murray’s biological determinism is that it limits human potential. Leaving aside his most controversial aspects of race, Murray’s determinism is popular because it supports the status quo of the haves over the have-nots. If it is all biology and its implications of potential being fixed by genes, that either we are born smart or not, and abilities are not changing or very limited in improving, it leads to a fixed mindset about human potential.

If the likes of Sam Harris and Charles Murray are right, then how is facing the truth about biology dangerous? We can see that for the “have-nots” to have such a fixed mindset of biological determinism would be damaging. Society can easily view populations who are deemed not as smart as not worth spending resources on maximizing their potential. Why waste resources on them when resources can be better spent on the “smart kids” or kids with “more natural abilities.”

Now, how dangerous the fixed mindset of biological determinism can be best illustrated by the work of Dr. Carol Dweck and her famous experiment in fixed verses growth mindsets. In her study, replicated over and over, she took a group of students divided them into two. Then gave each group an easy test. After the test, she praised one group for being smart and the other for their effort. The results where startling. Then the group that was praised for being smart was asked to take a harder test and push themselves. They did not want to do it as they did not want to jeopardize the distinction of being smart. When they did take the hard test, they became frustrated and gave up quickly. The group that was praised for effort, on the other hand, were willing to try the harder test and to keep hard problems for a longer time. In other words, their mindset led them to a higher potential. Dweck found that it was the mindset that pushed then to higher ground. While it is easy to see that biological determinism and its fixed mindset can hurt the “have-nots” Dweck’s work shows that it also damages the potential of the “haves” as well. If we buy into a fixed mindset, we all lose.

That is very bad, awful, dangerous