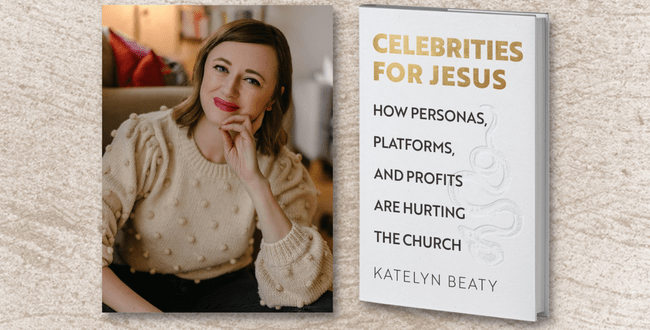 ‘Celebrities for Jesus’ author and journalist Katelyn Beaty comes to Whitworth on Nov. 10

‘Celebrities for Jesus’ author and journalist Katelyn Beaty comes to Whitworth on Nov. 10

Katelyn Beaty, award-winning journalist and author of the newly released “Celebrities for Jesus: How Personas, Platforms, and Profits are Hurting the Church,“ will be coming to Whitworth University on Thursday, Nov. 10, at 7 p.m., in Weyerhaeuser Hall’s Robinson Teaching Theatre.

The evening is sponsored by the Weyerhaeuser Center for Christian Faith & Learning and the Whitworth Office of Church Engagement.

“Beaty’s book is an incisive and theologically rich page-turner,” says Weyerhaeuser Center Director David Henreckson. “We’re excited to have the opportunity to hear her perspective on the problem of celebrity culture in the church.”

Beaty’s discussion that evening, titled “Rediscovering Ordinary Faithfulness in a Celebrity-Obsessed Age,” will focus on why Americans put celebrities on pedestals and the role we each must play in pursuing ordinary faithfulness away from the stage and screen.

Publishers Weekly calls her recent book “a must-read for anyone invested in the fate of evangelicalism” and states, “Katelyn Beaty offers a renewed vision of ordinary faithfulness, helping us all keep fame in its proper place.”

Beaty has written for The New York Times, The New Yorker, The Washington Post, Religion News Service, Religion & Politics, and The Atlantic and has commented on faith and culture for CNN, ABC, National Public Radio, the Associated Press, and the Canadian Broadcasting Corp. She is co-host of the Saved by the City podcast (Religion News Service) and previously served as print managing editor at Christianity Today.

This event is free and open to the public. To learn more about Katelyn Beaty, click here.