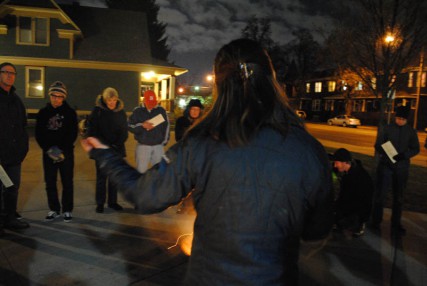 Many residents may think West Central Neighborhood is disadvantaged. A 46-year-old man was shot to death there a month ago. Neighborhood Scout labeled it as low-income, and there are 19 registered sex offenders living within a 5-block radius of Salem Lutheran Church.

Rev. Liv Larson Andrews, however, doesn't see it as destitute. She sees God's light in the neighborhood, she said. And on Friday night her church, Salem Lutheran, hosted an Epiphany celebration designed to remind the West Central community of just that.

“Today is the Feast of Epiphany, when we celebrate that God's light is manifested in every place, and especially in any location that's struggled with darkness or dimness,” she said. “Every location has its darkness.”

Through a bonfire and lantern ceremony about 25 people gathered in the church courtyard, formed a circle around a small campfire and sang songs to conclude the Christmas season. 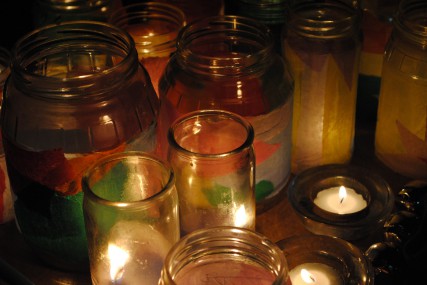 “We have lit this fire because Jesus Christ is the light of the world, a light no darkness can overcome,” she said to the crowd. “We're here to give thanks that the light is returning to the world. We have gathered around this light and we will very soon carry our light to be a witness that God's love is present in Spokane, in West Central and Browne's Addition and all the neighborhoods that we live and work.”

With that she lead the group on a short march through the neighborhood, together singing songs and holding handmadelanterns. 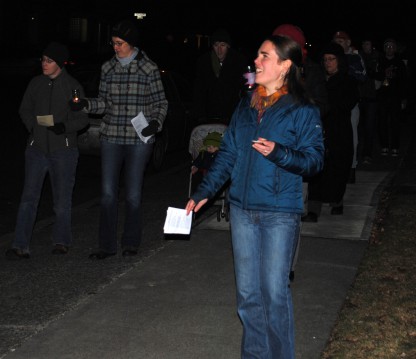 Larson Andrews said she wants the neighborhood to know that no matter its reputation, God is still there.

“God loves West Central and all that lives here, the people, the critters, the land itself,” she said.

Several members from All Saints Lutheran, a nearby church, also attended the ceremony. Rev. Alan B. Eschenbacher said Epiphany is too often overlooked. It's a time to reflect on God's presence and the interconnectedness that all people share, he said.

“Sometimes we need to stop and recognize the light that's there to shine,” he said. “Plus, who doesn't like to gather around a fire?” View more images in our Epiphany Celebration photo album.