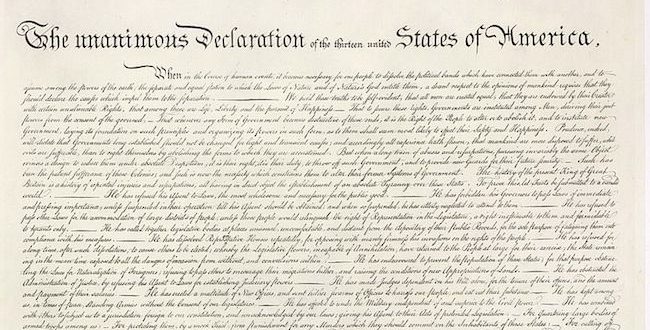 We celebrate the Fourth of July which is when the Declaration of Independence was first signed (by a couple of people). Actually, we declared independence on July 2 (and because of the times) it took until Aug. 12 for everyone to come together for the full signing of the Declaration: a grand idea that became one of the greatest nations in history.

Have you ever thought about when the idea started percolating and people started talking about it? Yes, there was a time-lapse between the idea, the action, and the fruition of that action. Each moment we are thinking, having ideas, some we act on. Sometimes we forget it may take time for the fruition, this is the evolution of life to catch up with an idea. Leonardo da Vinci came up with some early designs and it took five hundred years of scientific evolution to create a usable helicopter.

When we have an idea it is said to treat (pray) and move your feet. Move forward with what you know, let go of the time-table, keep moving forward.

Previous Ask a Buddhist: What is nirvana?
Next Ask a Jew: Why do so many people still deny the Holocaust?