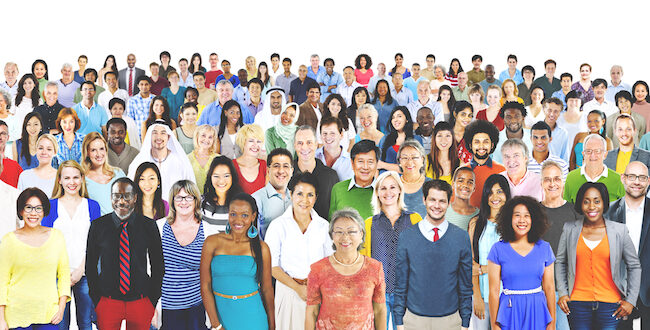 Categories are both immensely useful and an immense barrier to human connection.

In many respects, the ability to create categories — the ability to differentiate between one thing and another, one person and another — is the basis of all knowledge. As Anat Baniel argues, without such differentiation, we cannot function in the world. If you cannot differentiate between, say, a door and a wall or your foot and the floor or a glass of water and a box of nails, you will not get very far before you fall into radical misadventure. And even if you could function in such a world, your brain would be perpetually exhausted. It saves us an immense amount of energy to know which categories a chair or a car or a pen belongs to rather than having to investigate them anew every time.

But — and forgive me if this is obvious, but I don’t know how often we name it out loud — the same energy-saving feature that makes categories so useful means that we often look at things or, far worse, people in a dangerously superficial way. We say: I know who this person is; I know what this person is like. Consider categories such as Liberal, Moderate, or Conservative; Christian, Muslim, Agnostic, or Atheist; White or Black. Once we know that someone belongs to one or more of these categories, we often stop thinking about them altogether. We often stop being curious. We often stop seeing their full humanity.

Let me take a detour into a recent, broadly shared press conference. The press conference is kind of famous — or as the kids say, it went viral — because it features the Prime Minister of Canada, Justin Trudeau, taking an absolutely epic pause after being asked about President Trump. These are 21 second of silence that will go down in the annals of dead air history. But, impressive and hilarious though that pause was, what fascinated and encouraged me about the conference was not Trudeau’s silence but, rather, was what he said thereafter. Trudeau was talking about people of different ethnic origins and different skin colors. And he spoke not of Canadians of different races but, rather, of racialized Canadians.

Now, I don’t know about you, but I hadn’t heard the term racialized before. However, I am pleased to let you know that the internet exists and, therefore, that I was quickly able to learn what racialization means. Racialization is what happens when you assign a racial identity to a group that didn’t choose that identity. In other words, it is when you put someone to a racial category that they didn’t make for themselves and they didn’t want.

I suspect that all of us have had the experience of someone putting us in a category that we didn’t make or want. Many of us (and this is on the relatively harmless end of the spectrum) have had the experience of a younger person telling us that we are no longer young. I remember vividly, for instance, a conversation with a (somewhat) younger friend in which my friend used the phrase “my generation.” It took me several seconds of confusion and surprise before I understood that my friend’s generation did not include me!

Outside of some minor damage to my self-image (I didn’t expect to be deposited so abruptly into the ranks of the middle-aged), my friend’s categorization didn’t hurt me. But, as one horrifying video after another attests, racialization is an entirely different matter. I can visit a construction site after hours, as I did just a few days ago (I was interested in learning how the framing, plumbing, and wiring all came together), and yet remain unshot. Ahmaud Arbery cannot. The whiteness of my skin means that our culture has assigned me to a category in which such a visit generally reads as curiosity rather than as dishonesty. The racialized category that we imposed upon Ahmaud Arbery means that we read his visit through the lens of suspicion.

That is not merely an indignity. It is deadly.

Years ago, during a session with the transgender educator, Milo Razza, Milo said something that I have thought of often since then:

People are who they say they are.

In other words, an individual’s gender is what they say it is, not what you or I reckon it is. And — because Milo’s adage has implications far beyond gender — what it means to be a Christian or to be a Liberal or to be Black properly belongs to the folks who choose those categories. I resent it profoundly when someone on Twitter tells me that I am not really a Christian: I love Jesus, and I think that Scripture might just be onto something when it says, “no one can say ‘Jesus is Lord’ except by the Holy Spirit.” I can only imagine how deeply my neighbor with brown skin must resent being told what it means to be black. Especially when the imposition of that racialized category comes with violence and poverty and a shortened lifespan.

Categories are immensely useful. And their limitations are equally immense. This is a pen, that is a table, there is the sky above us. These categories are helpful and I want and need to hold onto them. But when I look at my neighbor and wonder who they are, then it is time for me to put my categories down, to pick up my holy curiosity, and to listen. It is time for me to let my neighbor choose their categories for themselves.

Join FāVS for a digital Coffee Talk on “The Value of Human Connection,” at 10 a.m., June 6. Elfert is a panelist. Register for link.

Previous Ask A Catholic: Does God Change?
Next VIDEO: Coffee Talk “The Value of Human Connection”