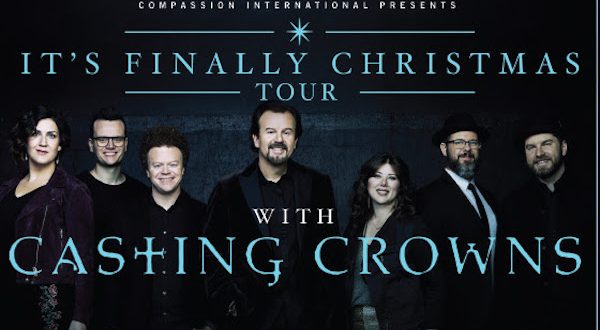 Popular Christian rock band Casting Crowns will be coming through Spokane in December as part of its Christmas Tour.

The award-winning band first began in the late 90s as part of a Florida youth group. As they gained traction, they added members and moved to Georgia.

The group describes their music as a, “ministry of worship.”

Joining them in their Spokane visit will be Hannah Kerr, Christian pop singer.

Tickets are on sale now, beginning at $37. The concert will be at the INB Performing Arts Center at 7 p.m., Dec. 1.