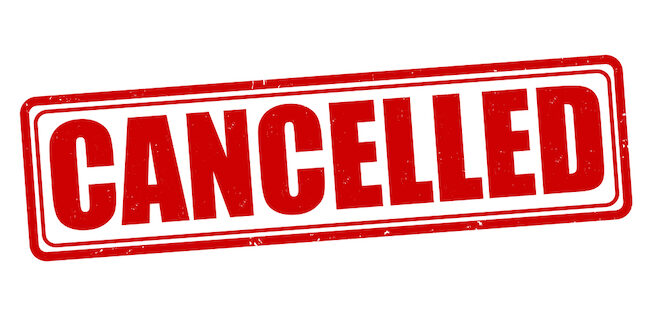 If no one has yet heard of “Cancel Culture,” I wouldn’t be too surprised. I hadn’t heard of it either until I happened upon some interesting articles. One of them was about how Barack Obama had condemned the new “culture” (also called “Call-Out Culture”). Oddly, this won him the sudden approbation of arch-conservatives such as Anne Coulter.

So what exactly is Cancel Culture? In a nutshell, it’s a subculture, largely associated with the “woke” progressive left, that consists of people who have eliminated other people from their existence, based on perceptions of their having behaved inappropriately or irresponsibly. The persons performing these eliminations also encourage all others to eliminate them as well, on the grounds that their offenses are irredeemable, and therefore no one should have to tolerate them.

Now, I’m all for refusing to waste my time arguing against someone’s egregious conduct, especially if that person has no intention of taking a look at it or listening to reason. But the problems with advocating such a full-fledged “cancellation” of another human being are ultimately more serious than those which arise from that person’s unacceptable behavior in the first place.

One account tells of a high school freshman who was “canceled” over a racial slur made on a social justice forum. She refused to retract the slur and was blocked by everyone on Facebook and social media. Then, when she came to school the next morning, none of the people who had blocked her would talk to her at all. It soon “got around” that she had been canceled, and she was widely ostracized throughout the remainder of her teens. During high school graduation, three years after the fact, people still weren’t speaking to her.

On Oct. 29, speaking to young people at an Obama Foundation event, former President Obama declared: “Among certain young people, and this is accelerated by social media, there is this sense sometimes of: ‘The way of me making change is to be as judgmental as possible about other people’ and that’s enough.”

“That’s not activism,” Obama went on. “That’s not bringing about change. If all you’re doing is casting stones, you’re probably not going to get that far. That’s easy to do.”

It’s interesting that Obama emphasizes that this phenomenon is “accelerated by social media.” I find myself wondering if without the assistance of social media, this culture could have emerged at all. I’ve often been aghast at some of the things people get away with on social media that they would be unable to do in their real, non-wired lives – such as block one or two people from a group and still participate in that group. In real life, this would be impossible. One would either attend the group event or not. They wouldn’t be able to simply render themselves invisible to those with whom they wish not to engage.

But when it comes to Cancel Culture, people come close to doing just that. The person who has been blocked on social media is thereafter blocked in all their regular daily activities, in the wide wide world that exists outside the realm of devices and Facebook groups. From that moment on, there is no prospect for redemption or rehabilitation on the part of the offending individual. They have essentially been condemned without further hope of salvation. I might add, the persons doing the condemning are not equivalent to God; and their behavioral standards, however persuasive, are not absolute.

A Right To Disagree

Furthermore, we have in America something known as a First Amendment Right, which is supposed to guarantee freedom of speech and expression in this country. An open debate over` difficult differences is a touchstone of democracy. As Obama said in a speech to college students, as early as 2015: “Anybody who comes to speak to you and you disagree with, you should have an argument with them, but you shouldn’t silence them by saying you can’t come because I’m too sensitive to hear what you have to say.”

When Ms. Coulter issued her unprecedented pro-Obama tweet – “Good for Obama! – (Not Sarcastic)” – I’m sure this is what she had in mind. (Incidentally, she exercised her 1st Amendment rights in calling Mr. Obama a “retard” during the Obama-Romney election, and as I recall, showed no shame when “called out.”)

So what truly is at the root of such a twisted subculture? From a certain light, it could be seen as just another instance of our common human urge to seek personal gratification at the expense of the overall good. When someone succeeds in calling out an adversary, watching everyone follow suit until their political opponent is effectively silenced, of course that person receives pleasure. As Obama explained: “If I tweet or hashtag about how you didn’t do something right or used the wrong verb, then I can sit back and feel pretty good about myself. Did you see how “woke” I was? I called you out!”

The idea of removing other people from our awareness is not something that serves the greater good. It’s self-serving. And it’s been around for a long time. People used to be “banished” in the Middle Ages. And as for today’s homeless people? How many times have we walked past scores of homeless people silently sitting on the sidewalks, and acted as though they simply didn’t exist? To my view, we could all open our eyes just a little bit more, and start doing the small things for others that will gradually help us to rebuild a broken society.  If we don’t, historically speaking, something will happen to open our eyes for us. And those events have not normally been very pretty.