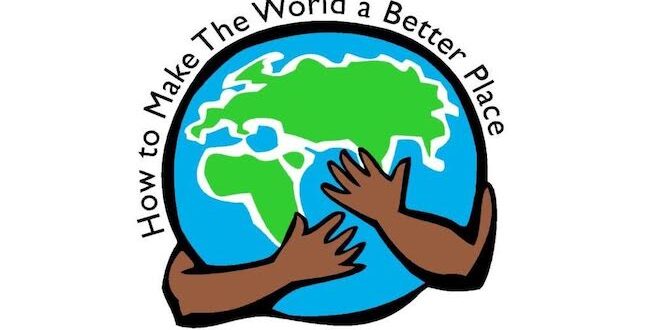 Can Shared Understanding Lead to a Better World?

Can Shared Understanding Lead to a Better World?

Creation myths reflect shared understanding of Earth’s natural bounties when people recognized their dependence on their surroundings. Greeks in the 12th century BCE recognized our “earth mother” in “Mother Gaia,” symbol of birth or regeneration. Indigenous societies still feel close connections with, and maintain deep respect for, our common “mother.”

This appreciation of natural resources embraces spiritual as well as material sustenance. It’s led some to try to conserve those resources. Yet most continue to destroy and conquer Mother Earth, exploiting her bounty to their own ends. We really don’t understand what we’re doing. Our ignorance is infinitely vaster than our knowledge, so we plunge recklessly on.

During the 1960s and 1970s, it appeared that such recklessness might be changing as we better understood the consequences of our activities. Environmental awareness spurred many countries to mitigate and repair such damage, but vested interests worked to undermine that movement.

The natural world operates according to biophysical-chemical laws. Nature’s complexities serve as metaphor for human society. Although we humans are bound by natural law, we also have free will. We create societal laws, then ignore them when it suits our purpose. We don’t like being told what to do. This leads us to do really stupid things — like building homes in flood plains.

Interactions between society and nature are often termed “wicked problems,” not because they’re intrinsically evil, but because they’re wickedly intractable. The term “wicked” denotes resistance to resolution. Because of complex interdependencies, solving one aspect of a wicked problem may reveal or create other problems. As an ecologist, I can testify that when we impinge on nature, we never do just one thing.

We need unity to solve problems we’ve gotten ourselves into. From air and water pollution, through droughts, wildfires, and floods exacerbated by new weather patterns and driven by climate change, humanity faces serious challenges from our natural surroundings. We can’t ignore those biophysical-chemical laws and the consequences they generate.

We can quit fighting over things that continue to shred our social fabric. We can begin working together to save and restore our global commons. We can start with the love universally reflected in the Golden Rule. We can work toward a fundamentally just civilization in which discrimination against poverty, race, gender, religion, and similar marginalizations is eradicated. Our love can motivate us to view and treat all with respect and empathy.

The human genome demonstrates the biological oneness of all humanity — an infinite variety of individual humans who are, at their core, all one. Religious belief systems, despite myriad differences, recognize one human spirit: we are all spiritual beings created by God.

This human spirit advances from conception until it expresses itself in maturity “with the utmost splendor and radiance,” according to Abdu’l-Baha. Over centuries, enlightened human spirits have advanced society’s collective maturity. In 1776, visionary men recognized self-evident truths “that all men are created equal, that they are endowed by their Creator with certain unalienable Rights, that among these are Life, Liberty and the pursuit of Happiness.”

Those men were slaveholders, seriously flawed, but imbued with a spiritual vision that has inspired generations and nations over centuries. Internationally a similar vision sprang from a collective wish to create world peace by treating all humanity with justice.

The 1948 Universal Declaration of Human Rights proclaimed the inherent dignity, the equal and inalienable rights of all members of the human family, as “the foundation of freedom, justice and peace in the world.” It observes that “disregard and contempt for human rights have resulted in barbarous acts which have outraged the conscience of mankind.” It proclaims “the advent of a world in which human beings shall enjoy freedom of speech and belief and freedom from fear and want as the highest aspiration of the common people.”

We’re seeing such shared understanding growing and sweeping the planet. In unnumbered rural, as well as urban, localities, groups seek the betterment of humankind at all levels of society. Some apply Baha’i principles to improve human conditions far beyond the Baha’i community.

A metaphor of human development has been used to explain the turmoil humankind is experiencing: “The long ages of infancy and childhood, through which the human race had to pass, have receded into the background. Humanity is now experiencing the commotions invariably associated with the most turbulent stage of its evolution, the stage of adolescence, when the impetuosity of youth and its vehemence reach their climax, and must gradually be superseded by the calmness, the wisdom, and the maturity that characterize the stage of manhood. Then will the human race reach that stature of ripeness which will enable it to acquire all the powers and capacities upon which its ultimate development must depend.”