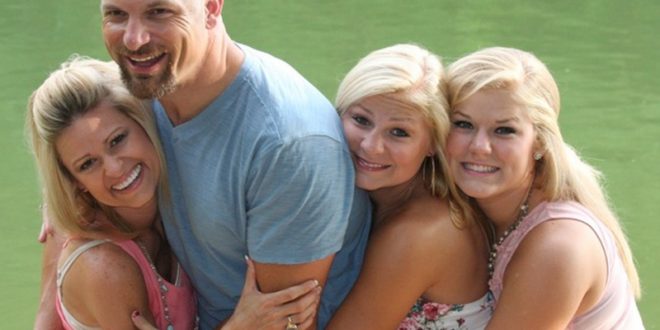 But Hand has something in common with those once-popular preachers: In 2014, the husband and father of two had what’s known in Christian circles as a “moral failure” — in his case, an inappropriate relationship with his ministry assistant.

Can pastors make a comeback after scandal? One Baptist tries

(RNS) Paul Hand may not be as well-known as a Tullian Tchividjian or, back in the day, a Ted Haggard or Jim Bakker.

But Hand has something in common with those once-popular preachers: In 2014, the husband and father of two had what’s known in Christian circles as a “moral failure” — in his case, an inappropriate relationship with his ministry assistant. He ultimately resigned from Crossgates Baptist Church, a congregation of about 5,000 in Brandon, Miss.

It’s a story as familiar to small, neighborhood churches as it is to large megachurches, though those are the ones that grab headlines as they did earlier this year when Tchividjian was fired from a second church after confessing to another affair while pastor of Coral Ridge Presbyterian Church in Fort Lauderdale, Fla.

The news was met with concern and criticism that Tchividjian had returned to ministry too quickly. It also raised the question of how pastors are rehabbed and restored to ministry after such indiscretions — and whether they should be.

“A pastor that’s failed — it’s like ripples in a stream,” said H.B. London Jr.,who for more than two decades was pastor to pastors at Focus on the Family and worked with many who experienced failures, including Haggard.

Half of Protestant pastors say their peers should step down from the pulpit for a time while the church investigates misconduct, according to data from a telephone survey of 1,000 such pastors released Tuesday (May 10) by Nashville-based LifeWay Research.

And when that misconduct is adultery, they’re split on how long that time should be: 21 percent said at least a year; 24 percent, permanently. Another 25 percent weren’t sure, according to the survey.

“Pastors believe church leaders should be held to high standards. They also want to protect themselves against allegations that could be false,” LifeWay Executive Director Ed Stetzer said in a press release.

Set up to fail

Hand had been a commercial insurance agent for years, he said, but he always had felt called to ministry. With his pastor’s encouragement, he started taking seminary courses in 2009 and joined the staff of Crossgates as its marriage and family pastor in 2011.

“I loved pastoring people, but it was overwhelming,” he said.

His wife started experiencing heart problems because of stress. He began confiding in his assistant.

Seven or eight months later, Hand said, he and his assistant admitted that while their relationship never had become physical, they had feelings for each other. He wasn’t sure where to turn for advice. The men who were supposed to hold him accountable were the deacons at his church, but he was afraid of how they might react to his confession.

That’s the problem many pastors face, according to Kevin Cone, director of City of Refuge, which provides services for pastors and their families during such transitions.

“Whatever your struggle is, if it’s anger or lust or greed, it’s going to take its toll, and it’s going to come out, and you’re going to have a rough time,” Cone said.

Of course, adultery isn’t the only moral failure pastors have.

Former Mars Hill Pastor Mark Driscoll had left his Seattle church in 2014 amid allegations of plagiarism and abusive behavior, as well as outcry over comments he had made on a church message board. Driscoll, too, raised eyebrows with his quick return to ministry, launching The Trinity Church earlier this year near Phoenix, Ariz.

In Hand’s case, it wasn’t until a woman came to his office for counseling, inconsolable after her husband had left, that he knew he had to do something. He and his assistant agreed to tell their spouses about their feelings that weekend.

“I told my wife I had not guarded my heart and that I had fallen in love with my assistant,” he said, referencing a verse from Proverbs.

“And Melinda just looked at me and said: ‘I’m not going to let you do that. I love you. I’m willing to fight for you.’”

The senior pastor at Hand’s church encouraged him to take some time off. He put Hand in contact with a pastor of a nearby church, who put together a restoration process that included marriage counseling and individual counseling, as well as weekly meetings with a counselor and team of leaders from both churches.

Weeks later, Hand resigned his position at Crossgates. “I needed to,” he admitted.

In doing so, he was following the now-traditional script. According to LifeWay, 86 percent of Protestant pastors think church leaders need to tell their congregations when a pastor has been disciplined for misconduct.

While an investigation is underway, though, allegations should be kept in confidence among church leaders, 73 percent of pastors said.

Hand confessed his sin at two Sunday services. Then he started the restoration process.

But restoration doesn’t always mean reinstatement to a previous ministry position — or any ministry position, according to London, who now pastors Friendship Church in Sun City Palm Desert, Calif.

Some feel pressured to return to ministry because that’s what they’re trained to do. That’s how they always have made a living, Cone said.

For some, it’s an issue of pride, Hand admitted.

About half of the pastors who come to City of Refuge have had a moral failure. About 75 percent of all the pastors it sees eventually do return to ministry, according to Cone.

Still, he said: “Our focus is never to get people back to the ministry. The idea is to get them healthy.”

Elizabeth Esther — who has written about her own recovery from spiritual abuse and addiction, most recently in her book “Spiritual Sobriety: Stumbling Back to Faith When Good Religion Goes Bad” — says the notion that a pastor with a moral failure can return to the job he did before is naive, and “it’s causing more people to be hurt.”

It’s not that pastors necessarily need to be held to a higher standard, but “we have to hold pastors to the same standard as we would hold any other job-related position,” Esther said. “If this is your job and you screw it up, you don’t get to do the same job again.”

Erring pastors need rest, and so do their congregations, Esther said. They need to keep an eye out for red flags, such as the transparency of a church’s financial records, the pastor’s accountability and a loving and welcoming environment.

Large churches, in particular, need to examine the deference they give to the pastor. They need to ask themselves how they’ve been complicit in creating a culture of Christian celebrity that allows pastors to become too big to fail.

“Moving forward, we need to tear down our idols. We need to remove the celebrity status from a pastor. We need to make no provisions for the ego in ministry because true gospel work is really mostly invisible.”

Hand thought he might go back to selling insurance. Instead, he spent a semester as a substitute teacher at a nearby high school and the summer working for a neighbor’s business, cleaning gutters.

And when, more than a year after his restoration process began, an invitation came to return to ministry as a full-time missionary, he accepted. He and his wife moved to Florence, Italy, in March.

“What I learned about myself and what got me in this position was me basically not trusting God. … The stress of being in ministry, school, family, those issues – God knew all of that. He knew I was in that situation, and he still had me there. … Instead of trusting in that, I was trying to figure it out and do it on my own.”

Previous On Restricted Freedoms
Next Ask an Evangelical: Do you follow the 10 Commandments? 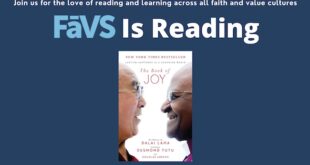 SpokaneFāVS launched their Summer 2021 Membership Drive and is excited to be giving away great gifts during our campaign to our new members as a way of saying thank you!