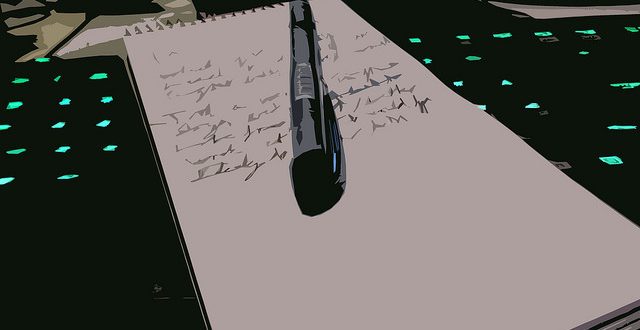 Can journalists truly be unbiased?

“The truth is rarely pure and never simple” – Oscar Wilde

Is it possible to get unfiltered, objective truth? How can readers in our increasingly complex world find it? Today, our problem isn’t a lack of information, it’s a fire hose of information. When it comes to news, many of us may be wondering who or what to trust, what sources are accurate, who is biased and what is fake news.

Even more savvy news consumers usually depend on mainstream journalists to produce unbiased stories. Journalists try hard to make this happen. They really do. It may not seem like it, but most journalists care a lot about being objective and unbiased, and start learning about it in their first college classes, if not before. Every student who’s taken a Journalism 101 class has had some iteration of the grumpy professor scribbling in ‘no one cares about your opinion’ in red in the margins of a paper. Harsh but necessary, because students learn early and often that their professors are right.

Unless a piece is billed as an editorial or an opinion piece, news consumers expect straight news. They want to hear what happened that day. They might be interested in an analysis from an expert, a historian or an economist, but they usually don’t want to hear what the journalist thinks about the politician they’re covering.

However, a story is shaped subtly by a journalist, no matter how objective they try to be. There’s no such thing as completely unfiltered content. A journalist decides what sources to call, what quotes to include in a piece, what order to put them in, and maybe most important, who not to contact. What stories don’t get coverage is one of the most overlooked parts of the ‘what is true’ narrative, because we often forget to look for who is not at the table.

Every year, Project Censored covers the top stories of the year that didn’t make the mainstream news. Topics for 2016 included stories on child sex trafficking, immigrants neglected in U.S. prisons, police departments editing Wikipedia pages to gloss over brutality incidents, and many more.

These stories don’t often get coverage because they’re complicated and issue-centric, not easily summed up in a tweet or a flashy headline. They may sum up a trend of several years or decades, or take months of investigative work to document. In our immediate, consumer-centered news culture, we want the latest, profitable news, and we want it now.

This drive for immediacy and ad revenue increasingly comes at a cost; more and more papers are shedding editors and putting out stories as fast as they can on multiple digital platforms. In many ways, this is a good thing; it increases the number of voices and the people at the table, and the likelihood that truth will be well-rounded and complete. It also hurts the pursuit of truth, because while diversity of voices and perspectives is good, diversity of journalistic practice is not – not if it means a sacrifice of accuracy, or a push for clickbait stories over more important stories that don’t sell as many ads. Not all newsrooms hire more talent to keep up with their demands, and the same journalists are asked to publish their content in six different ways, while keeping up with their other work. It goes without saying that the quality and accuracy of this work is likely to suffer.

So is truth relative? Can it even be pursued or attempted by human journalists? How about readers? Truth is not one source. It should be the voice of the many, not the voice of the few. It should not be driven by profit, and nor should it fear the influence of the powerful.

Readers searching for truth cannot depend solely on journalists to produce objective truth, because no human can without a filter- in the pursuit of truth, instead of searching for one true perspective, try reading and listening to many perspectives, take time to think and peruse facts, and come to your conclusions.

“The Nature of Truth” is the topic of the April 1 SpokaneFāVS Coffee Talk, which will take place at 10 a.m. at Liberty Park United Methodist Church, 1426 E. 11th Ave. All are invited to participate in this community discussion. Backstrom is a panelist.

Previous A 2-for-1 for Racists: Post Hateful Fliers, and Revel in the News Coverage
Next Today: Meet The Neighbors Celebrates Spokane Hindus