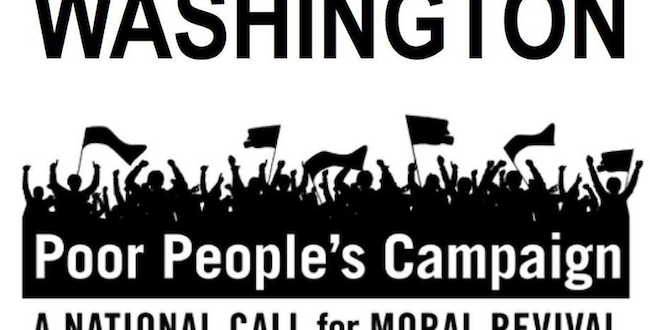 On Saturday, Spokane Regional Poor People’s Campaign will hold an informational meeting where interested member of the community can learn about the movement and its activism.

Led nationally by the Rev. William Barber and Liz Theoharris, The Poor People’s Campaign: A National Call for Moral Revival is an advocacy group that intends to fight materialism, militarism, ecological devastation and racism. Originally organized by Dr. Martin Luther King Jr. weeks before his assassination, the campaign intends to revive King’s non-violent activism in defense of disenfranchised communities.

The event on the 28th will teach people about the goals and demands of the campaign which include the restoration and expansion of the Voting Rights Act, repealing the 2017 federal tax law, and immigration reform that keeps families together.

Beginning on May 13, The Poor People’s Campaign will begin their 40 Days in 40 States campaign where communities will gather at state capitols to demand the changes needed to meet their goals. The gathering in Olympia will consist of protests, songs and speakers who have been affected by current laws and policies.

The campaign is making an effort to remain peaceful and disassociate themselves from any violent protesters that may show up in Olympia, Heywood said.

“The 40 Days Campaign, the goal is to begin a movement that will last for the next several years, or as long as necessary to…restart the moral heart of our country,” Heywood said.

The informational meeting will begin at 5:30 p.m. and will be held at Westminster United Church of Christ. Ben & Jerry’s will be providing free ice cream to the event. More information can be found on the Campaign’s website or on the Facebook Event page.

Previous Time to think about the language used to talk about sports, quarterbacks
Next Bill Cosby: Were the warning signs there all along?