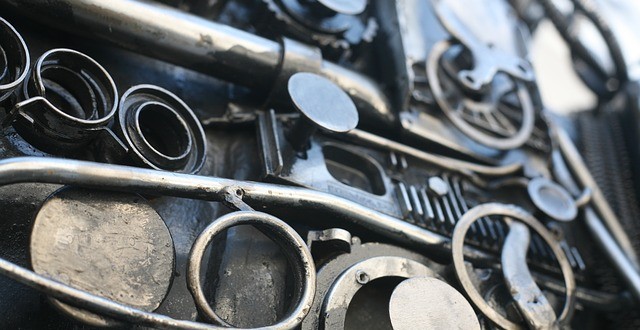 Calling on my favorite mechanic

Picture this: A lone tourist driving on a sparsely populated island, his front wheel screeching, and seemingly nowhere to turn (excuse the pun).

That’s the situation in which I found myself last summer while on Grand Manan Island, a Canadian island off the coast of Maine. Rather than panic I did the only thing that came to mind: I prayed. No sooner was my prayer done than I noticed I’d just passed what might well be the only auto repair shop on the island, Cary’s.

He pulled the right front wheel off the car, stuck a screwdriver into the brake assembly and, within seconds, fished out a stone that had gotten caught in it. I was dreading the bill and was genuinely stunned when he said, “Fifteen bucks sound OK?”

Fifteen bucks! That was it. And I was on my way. Thank you, Jesus.

After crossing the border into Calais, Maine, a few days later, late on a Saturday afternoon, I discovered the windows on my car wouldn’t go up or down. I hadn’t owned my Honda very long and wasn’t familiar with all the buttons, but I feared the worst.

So I prayed again, fearing I’d have to drive all the way home to Connecticut because so much stuff was easily accessible in the back seat. I pulled into D&G Auto Service and the mechanic/owner came out, fiddled around for a minute and then discovered I’d pressed a window-lock button. The charge? No charge.

A day later, in Wiscasset, Maine, my battery died on a side road near some restaurant and the town boat dock. Again I prayed as I called AAA. The repair guy was there in about 20 minutes — much less time than I’d anticipated, given the relative remoteness of the town and my location in it. How did he get there so fast? “I knew right where you were. I ate dinner at that restaurant last week.”

Three car breakdowns during an 11-day vacation is not my idea of enjoyment but the Lord’s provision was there for the asking. I hadn’t prayed out of desperation or fear. I’d prayed because I knew Jesus was close and that I needed His help. He could have resolved these issues in various ways but this was how He chose to do it. And I am grateful — not so much for the help with my car as for the assurance that He is always with me. And with you!

Previous After kidnapping schoolgirls, Boko Haram takes aim at churches in northeast Nigeria
Next Religion and Science Are all Part of the Human Imagination