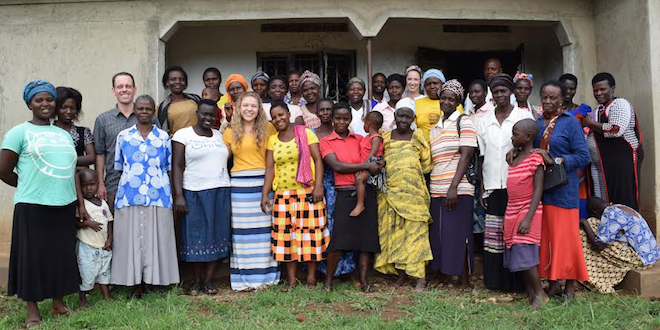 I recently returned from a trip to Eastern Uganda, a place that seems to take a bigger hold of my heart each time I go. It had been 2 ½ years since I had been there last, and I was excited for the opportunity to meet up with local leaders and revisit community development projects that we had worked together on in the past. Anyone who has planted a seed before knows the feeling of wanting to return and find a huge shade tree growing in the place where it was sown. And in development work, you hope that the tree is also producing enough fruit to feed the entire village!

I landed in Uganda with a small twinge of hope that I would have the opportunity to see the fruits of my labors, but experience had taught me to be realistic and prepare myself for the opposite. Which is OK, because while failure is never the goal, I think we often learn much more from failure than we do from success. So I did learn a lot during this trip! And whether or not the projects were ones that I had personally been involved in implementing, it’s always disappointing to see projects that you know a lot of time, energy, and resources went into and see that they were ultimately unsustainable and unable to achieve the intended outcomes. But with these experiences, I feel a bit like Thomas Edison who is quoted as saying, “I have not failed 10,000 times—I’ve successfully found 10,000 ways that will not work.” There is no tried and tested formula or one-size-fits-all approach to alleviating poverty, so learning from your own mistakes and the mistakes of others is part of the process.

There was one project in particular that I actually avoided asking about for the first week that I was in-country because it was a project that had been close to my heart and that I had been especially proud of, so I was kind of dreading finding out that it may have been a flop. But when I finally asked, “Hey, whatever became of that women’s group?” I wished that I would’ve asked so much sooner!

Almost three years ago, I started a Village Savings and Loans Association with a group of 30 women in a rural village. The goal of this group was to teach these women the value of saving money and to provide them with the tools and structure to enable them to save money and to take out small low-interest loans through the group. We organized the group based on a model developed by Care International, which I had seen the success of in other rural areas in Uganda where traditional banking was not available. This model promotes a high level of transparency, security, and accountability and was the best model I’d seen for a community banking system. Over a two-month period, the VSLA was organized, the group’s leadership was trained, and the women began meeting weekly. By the time I left Uganda, the weekly savings meetings were running smoothly, and I no longer felt needed—which is exactly what I wanted.

Upon my return to Uganda last month, I learned that this group of 30 women has been meeting weekly for the past 2 ½ years, and four other groups have been created that were modeled after the first. They have been officially registered with the local government and have been commended by government leaders as a model for all other communities. I had the opportunity to sit in a small room with many of these women as they told me about their successes, as well as challenges that they’d found solutions to together. Each woman told me her own story of what she’s been able to accomplish, now that they had developed a culture of savings. A couple of women were able to build homes, many started or expanded businesses, one woman is a proud new owner of a cow, and all were grateful to now be able to pay for their children’s school fees. Some told me that they have even been able to purchase luxury items with their surplus savings. Many were excited to now have lotions and hair products, one woman bought a TV for her family, and one old woman got up and confidently strutted around in one of her new dresses! They proceeded to tell me about their future plans for the group, which were nothing short of inspiring. They told me that their lives have been changed, and they expressed their gratitude over and over again. This day with these women was easily one of the sweetest and most humbling experiences of my life.

Now because this is a development story with a happy ending, it would be easy to spin a charming tale, end it with a bunch of warm fuzzies, and then let you all pat me on the back for a job well done. But this would not be completely truthful, neither would it be productive to future community development efforts in impoverished regions. So using this project as a case study, here’s several things that should be considered for future development efforts:

Right now my current work in Uganda involves sitting behind my computer screen 8,655 miles away, reading weekly reports and project updates, and offering direction, advice, and mentorship to highly capable Ugandans on the ground and occasionally providing them with the resources to move various projects forward. It sounds pretty unglamorous, but I finally feel like I’ve been able to apply lessons I’ve learned from both failures and successes into a model that’s working—one that focuses on networking and sharing ideas and resources, builds self-reliance among community members, and implements solutions that are locally driven. Because in the end, this is not about me. It’s about helping people find their own solutions to fight poverty.

Previous Workshop: Communicating in the Culture of Poverty
Next From Easter Island to Stonehenge, climate change threatens iconic tourist sites