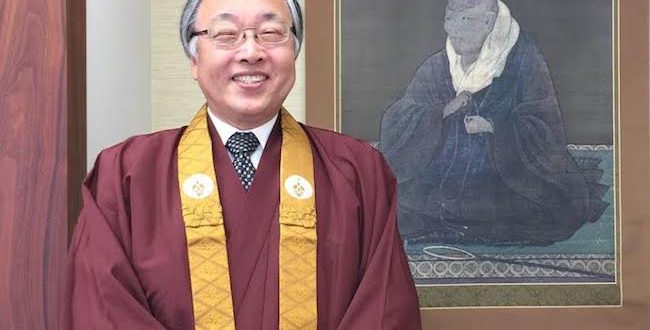 Special guest coming to the upcoming Buddhist Convention in Spokane/Contributed

Buddhist convention to take place in downtown Spokane this week

Handshakes from countless congregation members, friendly nudges to sing or chant along with unfamiliar texts, feeling under or overdressed, the list goes on: Attending a new church can be scary. The Spokane Buddhist Temple wants to alleviate some of those fears.

As part of the 71st annual Northwest Buddhist Convention, the church is hosting an “Intro to Buddhism Session,” which includes a Buddhist service and a Buddhism workshop. The session will be at 9:30 a.m. on Saturday.

Melissa Opel, a minister assistant at the temple is excited to welcome new and old members across the northwest this weekend at the convention. Hosted at the Hotel Red Lion Spokane at the Park, the convention will welcome prominent Buddhist leaders across the country, including the Bishop of the Buddhist Churches of America and the daughters of the founder of the Spokane temple.

According to Mari Haworth, a member of the religious education committee at the temple, 210 people are registered for the event, which runs Friday through Sunday, and another 50 are expected to attend last minute.

The convention only comes to Spokane once every six years, trading off between different temples in the Northwest.

Reflecting on the history of the event, Haworth said February was chosen as the date for the convention because Japanese farmers had free time in the late winter months.

The convention will provide more than just Buddhist content. Lieutenant Shawn Kendall of the Spokane Police Department will direct a workshop on personal safety, specifically aimed at women and the elderly.

The convention will also host “fun, bonding activities” like trips to the Mobius Science Center for the Buddhist youth and open bars and silent auctions for the older members.

The church has 60 members, but the convention committee was able to recruit 65 volunteers for the event. The Spokane temple is excited to welcome Buddhists of all different races, ages, genders, nationalities, and personalities.

The convention schedule can be found online.

This story is brought to you by the members of SpokaneFāVS. To help ensure this type of religion reporting, consider making a tax-deductible donation.

Rosemary Anderson is a recent college graduate with a bachelor's in journalism from the University of Idaho. She is a freelance writer, musician and activist in the Pacific Northwest. She can be found at her local chapter of PFLAG (Parents and Friends of Lesbians and Gays) or drinking mass amounts of kombucha at her favorite coffee shop.

View All Posts
Previous Valentine’s Day is Every Day
Next VIEWPOINTS: What does healing look like to you?