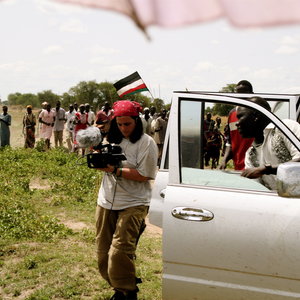 Social justice advocate, filmmaker, author and playwright Jen Marlowe will present “Reflections of Resistance” at Whitworth University at 7 p.m. on Nov. 19 in the Robinson Teaching Theatre in Weyerhaeuser Hall.

Marlowe is a Seattle-based human rights activist. She has worked in conflict resolution for youth in Israel, Afghanistan, Cyprus, India, Pakistan and Bosnia-Herzegovina.

“Jen Marlowe’s lecture will be a unique opportunity to hear about her experiences in Israel, Sudan, Palestine and Bahrain as well as her views regarding capital punishment,” Andriana Siefe, ASWU cultural events coordinator, said, according to a press release.

Marlowe’s most recent book, “I am Troy Davis,” was co-written with Troy Davis’s sister, Martina Davis-Correia, and tells the story of a man who was arrested and executed in spite of a strong case for his innocence. There will be a book signing held in the Whitworth bookstore prior to her lecture.

Marlowe writes extensively about the death penalty and the Palestine and Israel conflict and Sudan. She is also the author of “The Hour of Sunlight: One Palestinian’s Journey from Prisoner to Peacemaker” and “Darfur Diaries: Stories of Survival.”

Additionally, Marlowe is the founder of donkeysaddleprojects.org, which, through film, writing and theatre, seeks to show the strength and resilience of those who have been marginalized and oppressed by society. She has made two award-winning documentary films, “Darfur Diaries: Message from Home” and “Rebuilding Hope.” She also wrote a play, “There is a Field,” which addresses the struggles of Palestinians in Israel.

Previous Donations pouring in for Philippines; but it may not be enough
Next You are Al-Kareem

Ask A Latter-day Saint: What Happens When You Die?

When we walk the halls of a hospital – An Integrative Personal Story, Part 7

I ask myself, was I able to effectively engage this diversity, to the extent I did, because I had empathy – somehow already endowed with it? Or did my empathy grow as I continued to engage diversity, in high school, college and professionally – is empathy somehow learned?