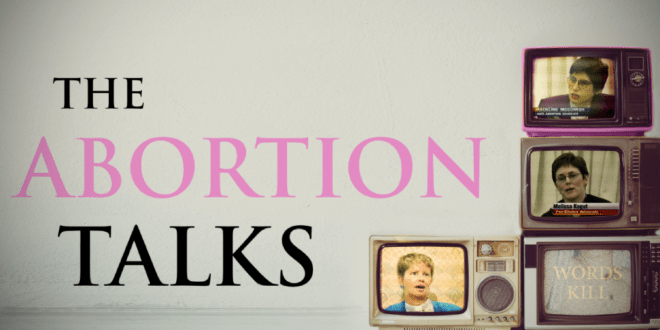 The Central Spokane Public Library, 906 W. Main Ave, will be hosting an exclusive-access screening of “The Abortion Talks: A Documentary,” followed by a virtual Q&A with the filmmakers on Jan. 22 at 3 p.m.

They joined forces by meeting secretly for six years, putting a risk on their personal safety and professional lives. They met under the guidance of Essential Partners co-founder Laura R. Chasin and mediator Susan Podziba.

Shane Gronholz, current affairs specialist at Spokane Public Library, said the event is significant because abortion is an important conversation to have and people on each side of the issue “rightly” recognize that there is a lot at stake.

“This film demonstrates what can happen when people who fiercely disagree with one another on a very important issue come together to talk and listen with grace and a willingness to understand,” he said.

Gronholz said he hopes a film such as “The Abortion Talks” gives a greater sense of hope for the U.S. and people can be united within their differences to create a better community.

Previous Spokane’s Newest Refugee Resettlement Office Grows Exponentially since Opening Last Spring, Needs More Volunteers
Next Do We Worship at the Church of the NFL?