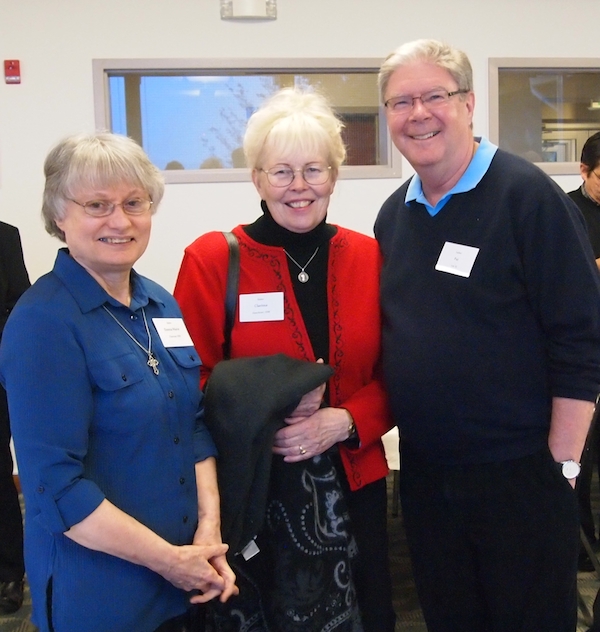 Sister Clarissa Goeckner, the prioress of the Monastery of St. Gertrude, was among those who attended the Leadership Conference of Women Religious (LCWR) Region XV Meeting at the Archbishop Brunett Retreat and Faith Formation Center in Federal Way last month. Sisters in leadership who have community members ministering in the Northwest gather each fall to share information from the National Assembly Agenda, conduct regional business, do long-range planning and share community challenges, best practices and developments since the last regional meeting.

This year Archbishop Peter Sartain of the Archdiocese of Seattle joined the 23 sisters, who represent 10 different religious communities. Each member shared with him the reason her community came to this country and the ministries it engaged in then and what the various orders continue to do now. Each member also expressed the joys, the challenges and struggles facing her community today.

Following the LCWR meeting, the archbishops, some of the bishops and superiors of men’s religious communities ministering in the Northwest, joined the sisters for the meeting of the Northwest Association of Bishops and Major Religious Superiors (NABRS). NABRS has met for more than 40 years to explore critical topics like health care, poverty, multiculturalism and evangelization. The association sees its very existence as a model of evangelization that can reach beyond the Northwest and wishes to stand as an example of “dialogue for the sake of the Gospel.” The topics considered at this year’s meeting were “The Impact of Vatican II—50 Years Later” and “The Northwest and Care of Native Americans.”

Previous Serpent handler-TV star has a new cause: religious liberty
Next Thirst: The world is in need of doers