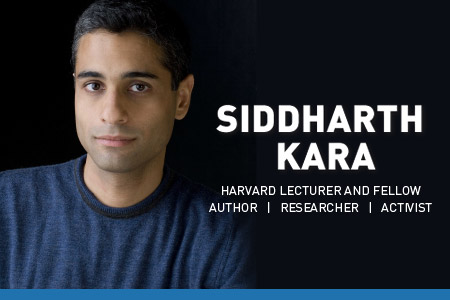 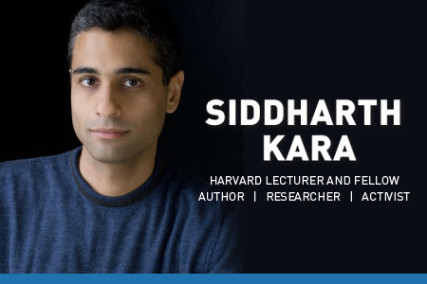 Siddharth Kara, author of “Sex Trafficking: Inside the Business of Modern Slavery,” will share his latest research on modern slavery, including documentation of 1,300 cases in 30 countries, when he delivers Gonzaga University’s Presidential Speaker Series lecture at 7 p.m., Tuesday, April 1 in the McCarthey Athletic Center.

Kara advises the United Nations, the United States and governments worldwide on anti-trafficking policy and law.

“Mr. Kara pulls back the drape that covers the misery and horror experienced by millions on the earth, highlighting real problems associated with how goods and services are produced and consumed,” said GU President Thayne McCulloh in a press release. “Globalization and technology have had a dramatic impact on the phenomena of human trafficking. Mr. Kara works to help us see and understand those living at the margins, and demonstrates how we can begin to tackle even entrenched, complex problems through research and engagement.”

Kara’s book was the co-winner of the 2010 Frederick Douglass Award at Yale University for the best non-fiction title on slavery. Being developed as a feature film, it’s the first book on modern forms of slavery to win the respected prize. “Bonded Labor: Tackling the System of Slavery in South Asia” (2012), Kara’s second book, offers the first comprehensive focus on the deeply entrenched and wholly unjust system of debt bondage in South Asia. Based on 11 years of research in India, Nepal, Bangladesh, and Pakistan, Kara delves into an ancient and evolving form of slavery that ensnares roughly six out of every 10 slaves in the world and generates profits that topped $17.6 billion in 2011.

According to a press release, Kara (pronounced kaw-ruh) worked as an investment banker at Merrill Lynch in New York, and ran his own finance and consulting firm for several years before studying sex trafficking, which he had first encountered in a 1995 visit to a Bosnian refugee camp. Beginning in 2000, Kara’s global journey included witnessing firsthand the sale of humans into slavery, and confronting some of those who trafficked and exploited them.

Tickets for his lecture range from $7-$15 through TicketsWest.

Previous Israel may be cut out of Pope Francis’ visit to the Holy Land
Next Ask An Atheist: How can anyone have definite views of what is true or untrue?