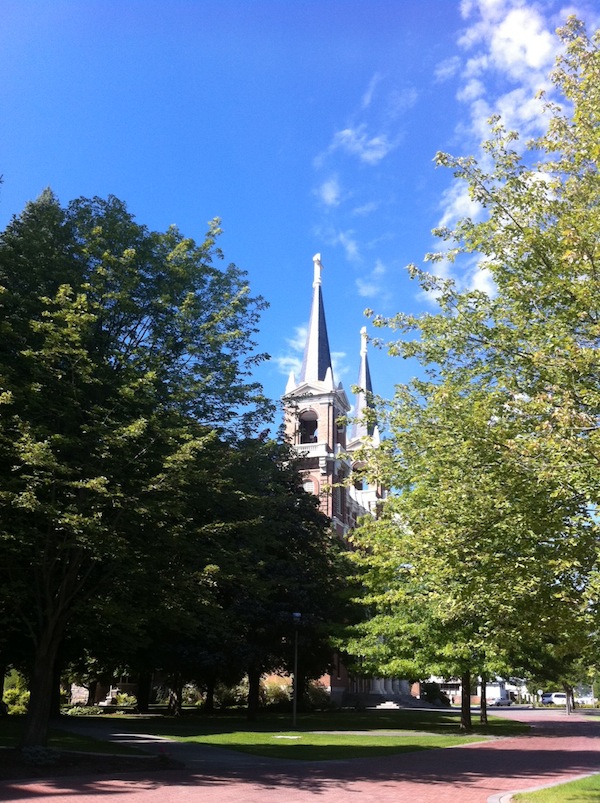 Gonzaga University President Thayne McCulloh invites the public to the steps of the Crosby Student Center at noon on Nov. 15 to link arms with Gonzaga faculty, staff and students to form a human chain of solidarity to mark the United Nations’ annual International Day of Tolerance.

The human chain symbolizes the value of actively supporting inclusion, human difference and respect for others, according to a press release. Gonzaga Vice President for Student Development Judi Biggs Garbuio will speak and introduce President McCulloh and other guest speakers. Ben Stuckart, a 1995 Gonzaga alumnus and president of the Spokane City Council, will present the Mayoral proclamation from the City declaring the International Day of Tolerance for Spokane. Gonzaga students will share justice facts and song; hot chocolate will be provided.

“This event signifies an opportunity for Gonzaga University and the greater Spokane community members to lock arms and reaffirm our solidarity in this brief, powerful commemoration,” Biggs Garbuio said in a press release.

International Day of Tolerance was launched by the United Nations in 1996 to advocate the firm belief of nations that political and economic agreements are insufficient to build a lasting peace. This marks the fifth consecutive year of Gonzaga’s observance of the day.

International Day of Tolerance is annually observed worldwide on Nov. 16. Because Nov. 16 is a Saturday this year, Gonzaga will observe the event on Friday to allow more members of the university community to participate.