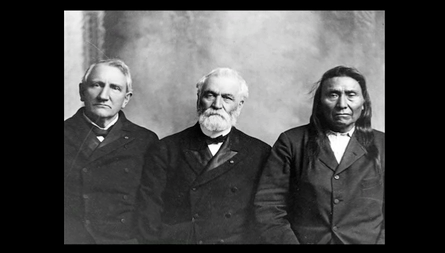 On June 1 One Peace, Many Paths will host a free showing of “Two Rivers“, the award-winning documentary previously shown on PBS.

“Two Rivers” documents the true story of a Native American Reconciliation group that began in a couple’s home in Northern Washington State. Within five years many more had joined, and together they launched social and political reconciliation initiatives thachanged their community, as well as race relations across the Northwest.

The film will be followed by a discussion facilitated by two of the principals of the film, John and Geri Grosvenor, according to a press release. John is a Cherokee Nazarene minister who is adept at moving between the worlds of Natives and Whites.  He and his wife, Geri, live on the Colville reservation at Nespelem.

According to a press release, “Two Rivers” appeals to both Natives and non-Natives who want to learn more effective means for connecting and healing their wounds, as well as to any individuals or groups interested in understanding racism and divisions of all sorts. In addition, “Two Rivers” teaches important aspects of American history that are becoming increasingly unfamiliar to Native American youth, and even today are largely unknown to European Americans.

This free film and discussion event will take place at the South Hill Library, 3324 S. Perry June 1, from 3-5 p.m.

Previous Colleen McLean
Next Ask An Atheist: Why atheist and not agnostic?