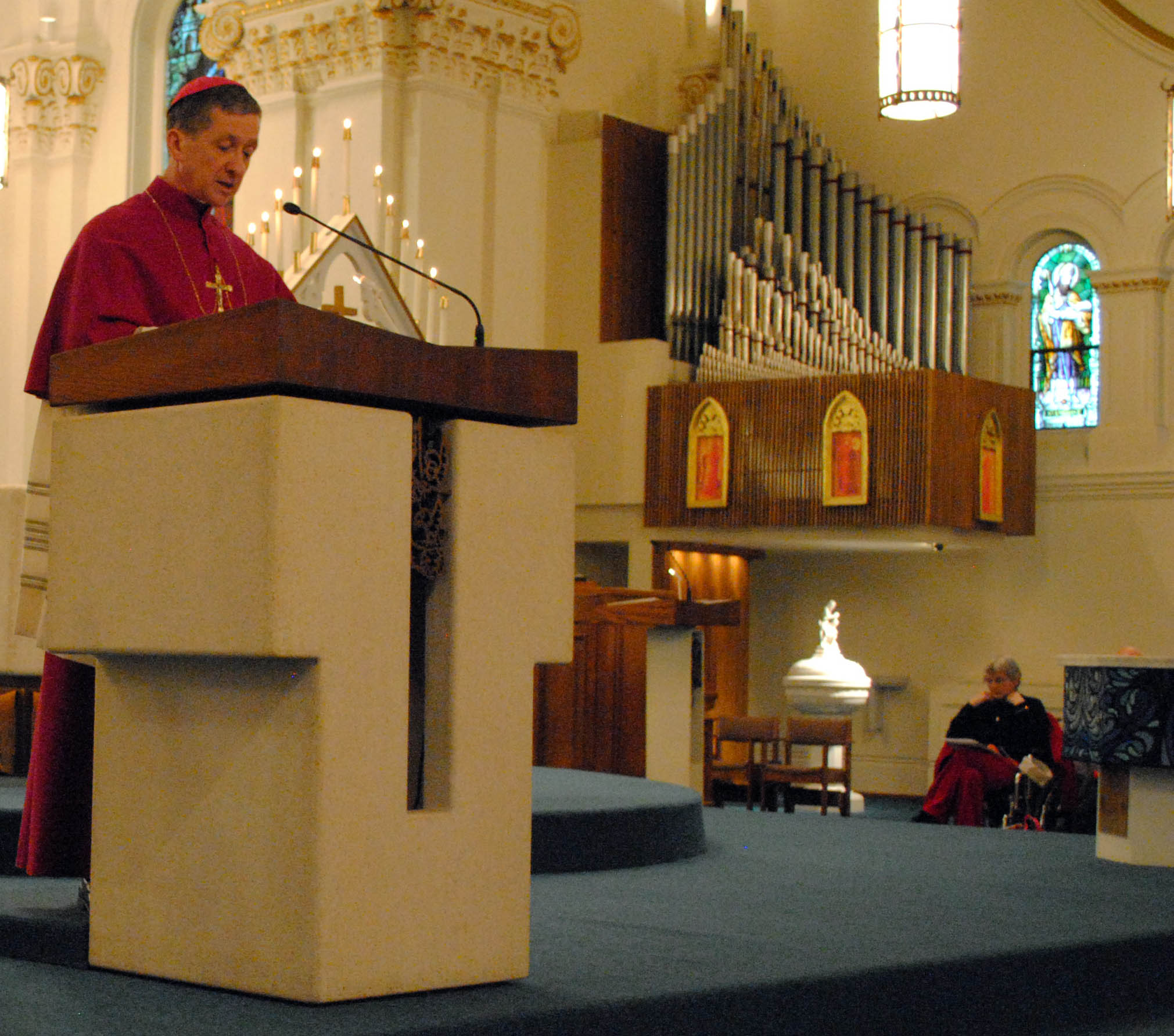 On Wednesday evening Bishop Blase Cupich, of the Catholic Diocese of Spokane, released a statement expressing his approval of the election of Pope Francis.

Today at noon he will celebrate a Mass at The Cathedral of Our Lady of Lourdes to pray for the new pontiff.

Below is the full text of Cupich's statement:

The Catholic Church in Eastern Washington rejoices in the selection of His Holiness Pope Francis. His first words called attention to his ministry as the Bishop of Rome and his desire to be one with the people he serves. As the Successor of Peter and Head of the College of Bishops we will pray for him each day, most especially in the Eucharist, asking that his particular task of preserving the unity of the Church will be guided by the Holy Spirit who chose him.

As the new Holy Father is a son of Ignatius and a member of the Society of Jesus, he knows that God is found in all things. We offer heartfelt congratulations to the Jesuits, who have generously labored with devotion and dedication in our area since before our diocese was founded.

The new pope comes from Argentina and a Hispanic culture that has graced and gifted the life of the Church in our area. His election is a proud moment for all Hispanics and we rejoice with them.

Let us pray for our beloved Pope Francis, asking God to continue to guide him in all matters through the intercession of St. Francis of Assisi, known for his simplicity, and St. Francis Xavier, the great Jesuit missionary and evangelist. Both great saints attracted others to Christ by their example of holiness and simplicity. May we aim at doing the same with our lives in this new moment of grace and great rejoicing.

Previous Spokane reacts to first Jesuit pope
Next POLL: What do you think of Pope Francis?