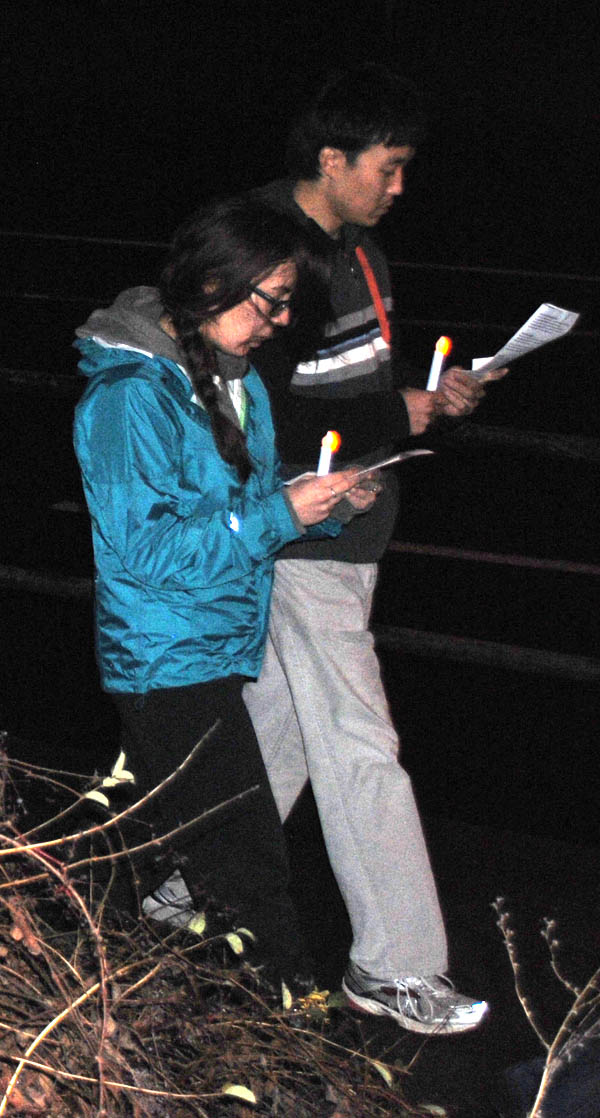 A couple walks in a vigil for Spokane's homeless.

On Monday evening Catholic Charities of Spokane will host a candlelight prayer vigil to raise awareness about poverty and its effects.

The vigil will begin at 5:30 p.m. at the House of Charity, 32 W. Pacific Ave. Attendees will  walk through the neighborhood with candles to “highlight our solidarity,” according to an announcement. The vigil will conclude with a forum featuring those who have experienced poverty in Spokane.