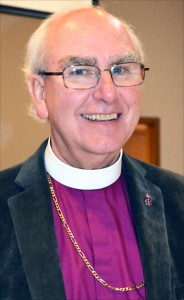 Earlier this month the Wall Street Journal published, “What Ails the Episcopalians,” an article about the recent triennial General Convention of the Episcopal Church.

The author, Jay Akasie, wrote The Episcopal Church voted on minor things, like pet funerals, while ignoring the bigger issues — like the shrinking membership.

Bishop James Waggoner, of the Episcopal Diocese of Spokane, responded, saying, “he primary focus of the convention was not on developing funeral rites for dogs and cats, nor was it in effect an apology to Native Americans for exposing them to Christianity. The primary focus of convention from beginning to end was on how to continually strengthen God’s mission to the world as lived and taught by Jesus, and expressed in the Five Marks of Mission that have been adopted across the Anglican Community…”

fantastic issues altogether, you simply received a new reader. What may you suggest in regards to your submit that you simply made some days ago? Any certain?|