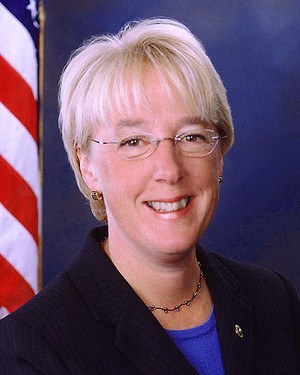 Today at 12:30 p.m. faith leaders and social justice advocates will gather the Community Building urge Sen. Patty Murray to create jobs and fund social programs through ending the war in Afghanistan and reducing the Pentagon budget. The “Money for People, Not for War: Bring Our Billion$ Home” lead by the Peace and Justice Action League of Spokane.

At the conference, the group will collect signatures and deliver them to Murray's office.

“We have a choice between two paths: prosperity for working families and the middle class or more for millionaires and CEOs. Our communities and families are in a jobs crisis, yet our country is set to spend 47 percent of our income tax dollars on military spending in 2013, even though Pentagon spending creates far fewer jobs than spending on health care, education, and other domestic programs,” said Liz Moore, director of the Peace and Justice Action League of Spokane in a press release. “We are calling on Sen. Murray to use her powerful positions to do what's right for Spokane families. Our nation’s economic crisis must be addressed by bringing billions of war dollars home to create a strong, sustainable economy. We must end military operations in Afghanistan and elsewhere and reduce the wasteful Pentagon budget, which is rife with abuse and fraud. Struggling families need Sen. Murray to shift that spending to job creation, care for veterans, lifeline programs like social security and Medicare, and other efforts that quicken economic recovery for everyone.”

Speakers will include the Rev. Deborah Conklin, Rev. Liv Larson-Andrews, Rusty Nelson of the Spokane Chapter of Veterans for Peace; Liz Moore and others.