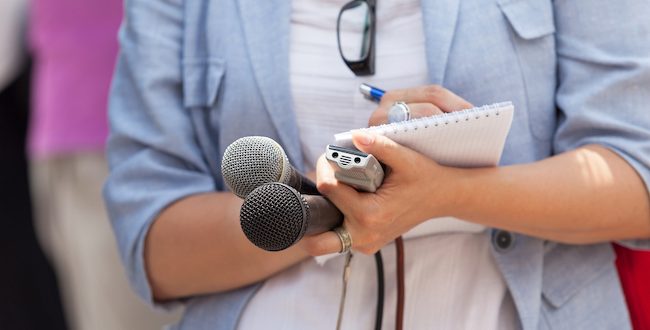 It has been more than 20 years since I participated in a newspaper credibility project sponsored by the American Society of Newspaper Editors.

I was editor of The Gazette in Colorado Springs and our organization had been active in several ASNE efforts to bolster newspaper readership.

The ASNE study was, at the time, the most detailed and authoritative examination of newspaper credibility ever undertaken. And it followed a decades-long decline in consumer trust of news media.

The study results were sobering. Trust measures were lower than even the most pessimistic projections. But here is the catch: Trust in general was in decline, to be sure, but news consumers continued to attach higher trust values to their local news organizations.

“We don’t trust the ‘media,’ but we trust our local newspaper,” seemed the prevailing sentiment.

As a newspaper editor, I took some minimal comfort from those findings. There seemed a window of opportunity for print, some specific steps newspapers might take to grow credibility, not the least of which was focusing on solutions-driven local journalism.

These were some of my thoughts after reading last week about a new credibility study conducted by the American Press Institute and The Associated Press-NORC Center for Public Affairs Research.

“The study defines five core principles or beliefs that drive most journalists: Keep watch on public officials and the powerful; amplify voices that often go unheard; society works better with information out in the open; the more facts people have the closer they will get to the truth; and it’s necessary to spotlight a community’s problems to solve them.”

Those core principles echo the values practiced by journalists in all the newsrooms in which I worked. As I have written before, journalism is a values-driven profession. And while the specific language might change, the five values defined by the API/AP study are universally held by most mainstream journalists.

But the API/AP study shows that a majority of Americans do not accept those five values. In fact, the only value to draw majority support was the facts principle.

The findings indicate a Mars/Venus divide. Journalists operate on a core set of principles that a majority of Americans reject.

The result of this divide is damaging to our democracy. If most Americans reject the watchdog role assumed by the press since the founding, what other mechanisms exist to hold the powerful accountable for their actions? If most Americans reject the role of the press in reporting interests of the marginalized, what other system can take on that role?

We have seen the institutions of power corrupted to protect those in power from scrutiny and accountability. Absent an aggressive, watchdog press, how would Americans have known about the Trump administration’s most egregious ethical and legal lapses? While in power, the president was largely able to shield himself from official scrutiny. It was left to the press to report on financial, personal, and legal concerns.

But if you do not believe the press has a role in watch-dogging government and public officials, you are less likely to believe what is being reported, leaving room for false information and conspiracy theories to dominate our political discourse.

Of course, the study reveals a stark political divide behind the findings. Those who identify themselves as Democrats or Democrat leans are far more likely to agree with journalism’s core values while Republicans and Republican leans are overwhelmingly opposed.

Does the new study offer any sort of roadmap for the press as it strives to regain credibility? Not really.

Some suggest there is a greater need than ever to focus on local journalism that is focused on solutions rather than problems. But there is nothing new in that suggestion and all the progress made on that front after the ASNE study 20 years ago has had minimal impact on credibility measures.

That Mars/Venus divide seems insurmountable in the current political climate.

Journalists cannot easily be moved from maintaining core professional values, particularly the watchdog role. And those who believe journalists need to retreat from that value will not be dissuaded.

In the end, the press critics likely will win out. With traditional media collapsing, local watchdog journalism is already diminished. Fewer journalists in the field means fewer journalists watching government and public officials.

In the battle over values, journalism is losing, may already have lost.

When We Seek Common Ground Who Loses? - SpokaneFāVS

[…] have written about the reasons for that before. It has very little to do with a so-called progressive agenda but understanding that […]