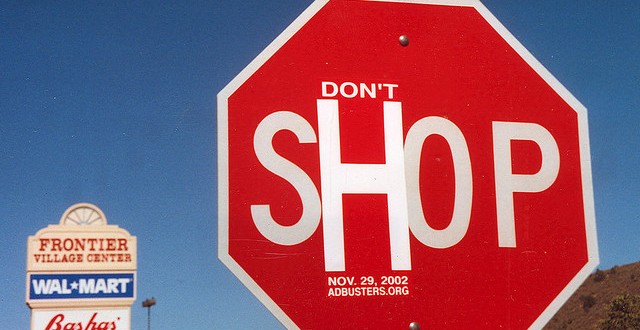 Boycotts have limits but God doesn’t

Elizabeth Backstrom’s recent SpokaneFāVS article about boycotting Amazon and Walmart because of their abusive labor practices rang a bell with me because I have boycotted Walmart for years. But it also reminded me there is only so much that you and I can do.

Does anyone remember when ATT fired 40,000 workers to improve its bottom line? The company CEO at the time was Robert Allen, and wags said that as a result of his decision ATT actually stood for Allen and Two Temps. Did ATT go out of business as a result of an ensuing boycott? You tell me.

When I was working full-time I wanted to invest in a retirement program offered through my employer but the options didn’t include socially responsible investing. I didn’t know at the time about Thrivent or other companies that are church-based or at least non-profit, so I wound up not investing at all.

Years later, with that ATT memory in mind, I told my financial adviser I wanted a retirement account that wouldn’t require me to invest directly in companies because so many of them had business practices that hurt workers. He suggested indexing funds and I agreed to go that route.

I boycott Walmart because I want no part in endorsing its abusive labor practices, even though I know the company won’t be materially affected. How much can I spend as a retired single guy living on Social Security?

I got a taste of Walmart’s abuses one night while at a gas station. While filling my tank a woman approached me and asked if I could give her a ride to the Walmart where she worked. It was out of my way but I agreed.

On the drive she regaled me with the horrors of her job, and as I pulled up to the front entrance, she said, “Oh, no, there they are. See those two guys standing there? They’re my bosses.” She was actually afraid to be seen arriving at the store.

I want to see such abuse eradicated, but you and I cannot obliterate the suffering. The real burden of guilt, and the real responsibility for change, rests not on a company’s customers but on those who authored, approved and carry out those abuses.

We can organize all the boycotts we want, create all the government programs imaginable, and call out nations where governments don’t protect workers. But there are limits.

If we were to boycott all the companies that abuse workers we would have to get off the electricity grid because so many generating stations are fueled by coal that’s produced by miners who may have the most dangerous land-based job in the world, and who risk getting lung diseases that will kill them.

We also would have to be confront all our fellow citizens who don’t give a hoot about the safety or working conditions of laborers, but only want the best product at the cheapest price. And most of us don’t have the stomach for confrontation.

This is where faith becomes important. I’m not big into hell-fire and damnation but my faith says that those who are guilty and unrepentant will be punished. It also says that something better awaits those who are oppressed, and that belief inspires joy.

Most important, the reality of 21st Century labor abuses forces me to pray because I believe in a God whose mercy can and will rescue many of those workers (and their bosses) and lead them into better lives. Through prayer I may well hear God calling me to action, as he did with regard to Walmart, because he notices such obedience.

That may be small consolation in the face of oppression but without God’s consolation I would, by now, be either an unredeemable cynic or someone guilty of committing the very abuses I abhor. Given the stark nature of that choice I choose God. Who or what do you choose?