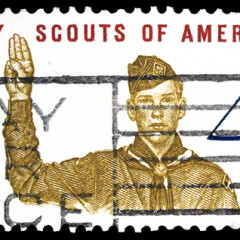 For former scoutmaster Richard Guglielmetti, the Boy Scouts of America’s reconsideration of its ban on gay scouts and leaders is long overdue.

Guglielmetti, 66, who led Troop 76 in Simsbury, Conn., for a dozen years until 2005, said leaders and members of his troop ignored the national organization’s prohibition on gays because they felt it was wrong.

Despite the national policies set forth by BSA, his troop always rejected the policy, Guglielmetti said.

“We had a bunch of boys in our troop who were gay, and they all felt the policy was wrong,” he said. “Gay Scouts and everybody was always welcome in our troop.”

One of those Scouts was Guglielmetti’s own son, Matthew, now 34. Last year, Matthew turned in the Eagle Scout award he earned in 1993 because of Scouting’s anti-gay policies, his father said.

In September, the elder Guglielmetti resigned from Scouting. He had been serving the Matianuck District in north central Connecticut as the chairman responsible for giving Eagle Scout candidates their review boards.

Guglielmetti said that for him the final straw was hearing of Ryan Andresen, a gay teen in California who was not allowed to earn his Eagle Scout ranking even after completing the required service project.

“The boy did all the work and everybody knew he was gay, and then they rejected him. That was just intolerable. When that came up, I said, I can’t take it, I can’t put up with this anymore,” he said.

“Just because a person is gay doesn’t mean he’s a pedophile,” Guglielmetti added. “Barring gay leaders kind of accuses them of being pedophiles. Which they’re not — there’s plenty of good gay men that would be good leaders. As far as their policy against gay Scouts, I don’t think they should discriminate against anybody — black, white, rich, poor, gay, straight. I mean, it’s Boy Scouts, and they’re boys. That was my problem with it.”

The potential policy shift raises a question about another group shut out of Scouting: atheists, who decline to say the Boy Scout Oath because it begins: “On my honor I will do my best to do my duty to God and my country and to obey the Scout Law.”

David Silverman, president of American Atheists, said Monday, “If they are considering lifting the ban on gays, that’s a good thing, that’s progress. If they lift that bigotry from their requirements, I would hope they remove the rest of the bigotry and admit atheists as well.”

Refusing to admit atheists who decline the oath, Silverman said, “tells boys that atheists are immoral. If local groups want to behave in an ethical way, I’m confident they will make Boy Scouts about Scouting, not about bigotry.”

The Girl Scout Promise is similar in committing the girl to “serve God and my country.”

But the official site also stipulates: “According to the Girl Scout Constitution, the motivating force in Girl Scouting is spiritual. The ways in which members identify and fulfill their spiritual beliefs are personal and private.”

The Girl Scouts of the USA policy is that religious expression is diverse and “the decision to say grace, blessing or invocation is made locally at the troop or group level and should be sensitive to the spiritual beliefs of the participants.”