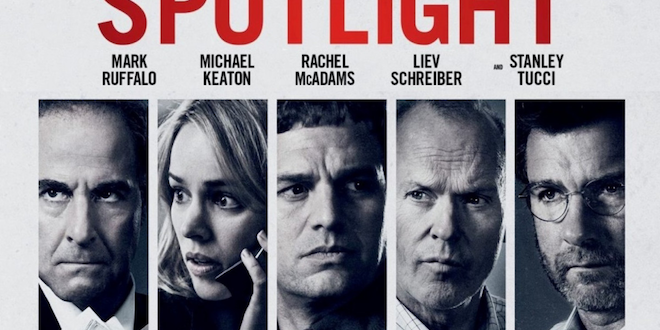 (RNS) Cardinal Sean O’Malley, head of the Archdiocese of Boston, whose record on clergy sex abuse was uncovered by The Boston Globe and portrayed in this year’s Oscar-winning film “Spotlight,” has praised the movie for forcing the Catholic Church to acknowledge its “crimes and sins.”

“Spotlight is an important film for all impacted by the tragedy of clergy sexual abuse,” said O’Malley, who was named to the archdiocese after Cardinal Bernard Law was forced from office in 2002 following revelations that church officials protected abusive priests.

“By providing in-depth reporting on the history of the clergy sexual abuse crisis, the media led the Church to acknowledge the crimes and sins of its personnel and to begin to address its failings, the harm done to victims and their families and the needs of survivors,” O’Malley said in a statement released Tuesday (March 1).

“In a democracy such as ours, journalism is essential to our way of life. The media’s role in revealing the sexual abuse crisis opened a door through which the Church has walked in responding to the needs of survivors,” he said.

The cardinal went on to detail the steps the church has taken to protect children and said, “We continue to seek the forgiveness of all who have been harmed by the tragedy of clergy sexual abuse.”

“Spotlight” won the best-picture prize at the Academy Awards on Sunday.

The film has won praise from many Catholic leaders, and Vatican media on Monday lauded the movie and insisted that it is not anti-Catholic.

Cardinal Law, 84, is living in retirement in Rome. O’Malley is one of Pope Francis’ top advisers and has become a leading advocate for the hierarchy’s efforts to combat the sexual abuse of children by church workers.

Previous Politics and faith go together
Next Viewpoints: How do your faith and values influence your feelings about Guantanamo Bay?

“Cardinal Sean O’Malley, head of the Archdiocese of Boston, whose record on clergy sex abuse was uncovered by The Boston Globe and portrayed in this year’s Oscar-winning film “Spotlight,” has praised the movie for forcing the Catholic Church to acknowledge its “crimes and sins.””

That’s a lovely sentiment and all, but that’s not Hollywood’s job. You shouldn’t need a newspaper exposee or a slick Hollywood drama to move you to confront, repent and atone for your sins. The Holy Spirit has that covered.

This approbation just feels like disingenuous spin to me.

Brad – I understand where you’re coming from, and you’re right that it shouldn’t have taken a team of journalists to uncover such a thing. But it did. And it’s now past, and the Church has by all accounts responded much more robustly and earnestly than any other institution in which there have been a grossly high number of sexual abuse cases (think: public school systems, service organizations, etc.).

The Catholic Church is now one of the safest places for children to be, as a result, and you can take that from a person who has to go through hours of safe environment training to even be in a room with high school kids at a diocesan event.

Also, I would respectfully encourage you to consider that Cardinal O’Malley wasn’t the one hiding anything, but rather has (arguably) borne more of the brunt of Boston’s fallout than the shameful Cardinal Law did while at the same time guiding the church in Boston out of such a dark time.