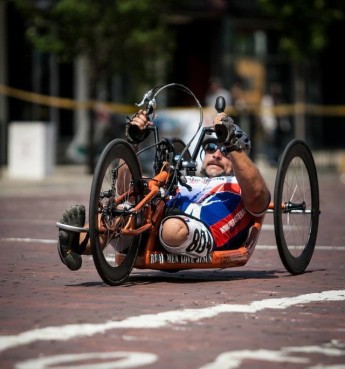 BOSTON (RNS) In the wake of the Boston Marathon bombings that left three dead and more than 260 injured, perhaps none face more significant adjustments or a longer road ahead than the 14 amputees who lost a limb.

For these victims, the path forward involves relearning almost everything, from getting out of bed to getting in a car. Whether they go on to lead satisfying lives depends largely on how they handle the spiritual challenges at hand, according to amputees and researchers.

Losing a limb is like losing a family member: It involves grief and mourning, according to Jack Richmond, a Chattanooga, Tenn., amputee who leads education efforts for the Manassas, Va.-based Amputee Coalition. When one’s body and abilities are radically changed, questions of meaning are suddenly urgent: Why did this happen? Why am I here?

“You’re wondering: Why did I live?” said Rose Bissonnette, an amputee and founder of the Lancaster, Mass.-based New England Amputee Association, a support organization for amputees.

Bissonnette works regularly with more than 150 amputees and finds a common pattern. Those who feel positively connected to God and to other people tend to do better in recovery than those who have “hardened” or grown bitter as a result of their injuries.

“You have to (let go of) the life you lived before and forgive for whatever happened to cause the amputation,” said Bissonnette, who was crushed by a tractor-trailer 16 years ago and lost a leg. “It’s tough, (and) if they don’t have some kind of belief, they get hung up in the anger. I’ve noticed that quite a bit.”

Research on other disabilities reaches slightly different conclusions. People of strong faith are no more likely than nonbelievers to accept a neuromuscular disease, according to Jessica Evans, a psychotherapist who published her findings in the Journal of Christian Healing, published by the Association of Christian Therapists.

However, those who feel conflicted with a faith community or with God have notable difficulty coming to terms with their physical condition.

“In stressful situations in particular, that’s when religion is found to be either a protective factor or (a framework for) struggle, in terms of questioning: ‘Why is this happening?’” Evans said.

Though amputees must navigate pressing spiritual challenges, they often don’t receive help in that area from amputee peers assigned to them. Bissonnette is currently finding peer mentors for each of the Boston bombing victims who lost limbs, but she says they won’t discuss religion or spirituality since belief systems vary widely from person to person.

Victims who have suffered major health setbacks often find support in a congregation and see their faiths strengthened in ways that help their recoveries, according to Kenneth Pargament, a psychologist who studies religious coping at Bowling Green State University.

Even so, faith communities sometimes disappoint people who have new needs for support, he said. That can be detrimental for health outcomes, he added, especially in those already facing spiritual struggles.

The challenge of finding new meaning in life is a familiar one, advocates say, for America’s 2 million amputees, including 900,000 who’ve lost limbs in traumatic incidents. For some, the process involves renewing faith commitments and discovering a new mission uniquely suited to the disability.

That’s what happened for Tom Davis, an Iraq War veteran who lost his leg when an improvised explosive device went off during a night patrol. For two years, he was unable to move forward, he says, as the burdens of war — including guilt and post-traumatic stress — held him back.

He found peace, he says, when he gave his life to Jesus Christ in 2008. He sees his mission as inspiring others to find Christ, too.

Now Davis is using his platform as this year’s Boston Marathon winner in the hand cycling division to urge new amputees to make peace with God sooner rather than later.

Boston bomb victims remain in area hospitals and rehabilitation facilities. They include a 10-year-old boy, a preschool teacher, the father of a 5-year-old and a woman whose husband was also badly injured.

Most are apt to need psychiatric as well as physical therapy, but their prospects for leading full and productive lives are good, according to Dr. Peter Burke, chief of trauma services at Boston Medical Center, where five bomb victims had limbs amputated.

As they settle into changed lives, they’ll find other amputees eager to help them accept new realities and learn to thrive. When that involves wrestling with spiritual questions, they’ll find help in specialized ministries led by people like 44-year-old Woody Thornton, who lost his lower legs when a train ran over him in 1989.

“For 15 years as an amputee, I was coping and getting along, but there wasn’t a good answer to ‘Why?’… until I started up a support group,” said Thornton, founder and president of the Auburn, Ala.-based Christian Amputee Support Team. “I want to give (amputees) a sense of purpose.”