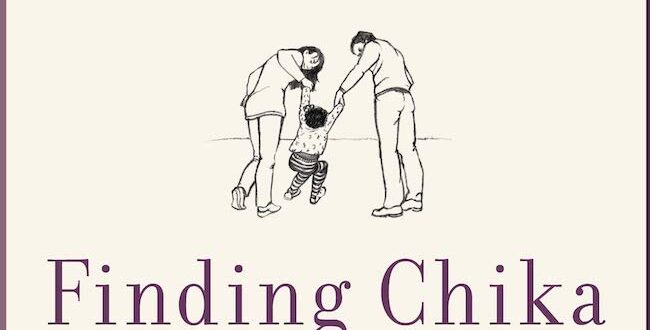 Share this story!
41
5
Shares
Finding Chika: a Litter Girl, an Earthquake, and the Making of a Family

Thousands of men, women and children perished in a devastating earthquake that destroyed much of Haiti in 2010 and left the island nation without electricity. Children who lost their parents ended up sleeping on the streets.

Popular author Mitch Albom was deeply moved by reports of the tragedy and decided to travel to Haiti to see if he could be of help. He took charge of an orphanage on the island, where he bonded with a homeless 3-year-old girl named Chika.

Albom and his wife Janine did not have children of their own. They decided to bring Chika, who had been diagnosed with a serious brain tumor, to their home in Detroit and pay for her medical care. Doctors had recommended a tumor-starving drug, but after months of such treatment, nurses found it nearly impossible to find a vein on her arms where they could administer the medicine.  Albom and his wife cared for Chika until she died at age 7.

Much of the book celebrates what adults can learn from ill children. “I want to say what I have learned about the word ‘tough’ because children have a toughness unique to their young souls, one that can comfort even the fretting adults around them.”

As in his previous books, Albom weighs the value of prayer. “Please God, why does she have to go through this. … She’s just a little girl.”  Albom grew irritated when people kept telling him to accept God’s will.  “I accepted that without resistance, but if that were true, we might never have brought Chika to America for surgery or fought against conventional treatment.”

Albom and his wife were deeply moved by their loving relationship with Chika, who referred to Albom as “Mister Mitch.”

He speaks candidly about being too career-focused and putting off having kids until it was too late. Chika allowed them to experience the glory of parenthood decades into their marriage. Albom tells Chika– “You never have to worry about us forgetting you… We’d lose every memory we ever had before we would let go of yours.”

“Finding Chika” will further boost Albom’s reputation as a best-selling author. His books, including “Tuesdays With Morrie,” have sold more than 40 million copies around the world.

Previous Ask A Catholic: Holy Water
Next Viewpoints: Does God Punish His Children?