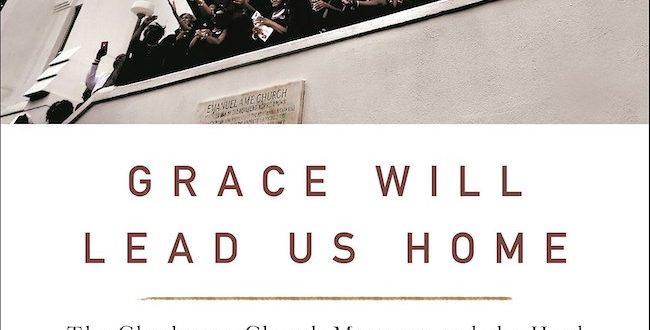 Grace Will Lead Us Home: The Charleston Church Massacre and the Hard, Inspiring Journal to Forgiveness

Four years ago, a 21-year-old white man named Dylann Roof walked into a Bible study class in a South Carolina church and fatally shot nine black people, including the pastor.

Roof expressed no regret, saying he had hoped to start a race war. He was convicted of murder in state and federal courts. The case was the latest example of a mass shooting involving a legally purchased handgun. Roof fired more than 80 bullets before he fled from the church.

Some of the victims’ families offered forgiveness, reciting the Christian prayer, “Give us this day our daily bread. And forgive us our trespasses as we forgive those who trespass against us.”

Forgiveness, however, was not a universal feeling. During a court hearing, some people screamed at Roof, calling him evil and hoping he would burn in Hell. “They called him a coward. Satan, An animal, A monster.”

In the book, “Grace Will Lead Us Home: The Charleston Church Massacre and the Hard, Inspiring Journal to Forgiveness,” the subtitle is misleading because it implies widespread forgiveness, which is not the whole story. Many relatives and friends expressed hatred and hoped that Roof would be executed.

Jennifer Berry Hawes is a reporter for the Post and Courier newspaper in Charleston, South Carolina, where her writing has won many awards, including a Pulitzer Prize. She interviewed scores of people and dug deeply for this book. She could have devoted more space to explain forgiveness, which is sometimes confused with acceptance. Forgiveness should be directed at a person, not at the crime, and involve letting go of violence, hatred or revenge.

The author paints a nuanced picture of the killer, who many people assumed was mentally ill, although a judge held that Roof was fit to stand trial.

Roof took months to plan the slaughter. When he learned about a sparsely attended Bible study group that met weekly in a black church, he thought it was an ideal target because low attendance would make a mass killing easier and he would not risk shooting a white person.

During his trial, Roof, who represented himself, said he felt obligated to protect white people by killing blacks, who he said were slaughtering whites and raping white women.

The author weaves in a history of racism and black resilience in South Carolina. For generations Charleston served as an entry point for slaves arriving from Africa. Through its 200-year history, the Emanuel congregation had survived “slavery, segregation, wars, a massive earthquake, hangings and fires set by white racists.”

The book’s narrative flow invites readers into the story, which reads like fiction. Sadly, the gruesome mass shooting was not fiction and serves as an urgent reminder of the importance of adopting stronger gun controls, as well as paying closer attention to threats of violence.