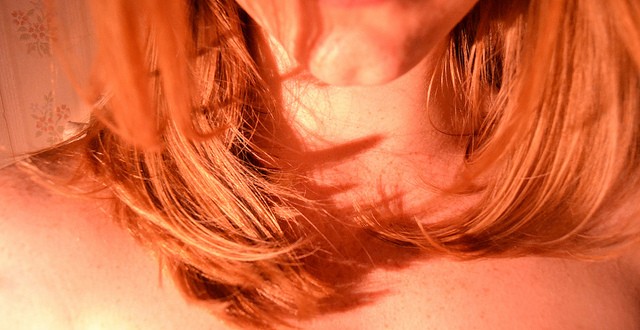 Bodies on the Line

I’ve found myself thinking a lot about Eric Blauer’s post from two weeks ago, “The Boobie Bandit Steals Jesus.”  The image he paints of a bare-chested woman snatching the infant Jesus from a creche in St. Peter’s square is captivating. In the rest of the post, he muses about the meaning of bared breasts in public, and wonders what he is supposed to think? What do they mean?

He concludes”I am not sure if I should look, turn away or what? What is the correct male response to this topless tide?”

Given the personal nature of his post, I’m going to assume that he won’t mind if I extend his question to include myself, and rephrase it, “What is the correct human response to this topless tide?”

The first thing to notice, of course, is that breasts, like any other parts of human bodies, don’t just mean one thing. Anyone who has a relationship with their mother and with a lover has probably noticed this. Or what about a doctor?

In the public space of protest, bodies also don’t always mean the same thing either. The open hand and the closed fist are communicating something different.

Blauer is attuned in his post to issues of empowerment, especially of women. But I think one point to draw out in the image of the woman with the baby Jesus at St Peter’s square is the vulnerability of nakedness. Nonviolent protest, in contrast to other forms of resistance, is about putting your body on the line, in all its human vulnerability. Unprotected from whatever means humans usually use to try to coerce each other. We have ready images for this kind of nonviolent protest in living memory: the bridge in Selma, Tiananmen Square.  And for Christians, there is also the image of the open arms of Jesus on the cross (John 12:32).

For all its shock value, I think that’s what makes this protest in St Peter’s square nonviolent – more like an open hand than a closed fist. This woman didn’t just write a letter, or complain to her friends late one night at a bar, or link to some really meaningful posts on Facebook. She showed up, embodying her protest, writing her sentiments on her skin. And she acted, plucking the baby Jesus from the church’s cradle and taking him away.  To safety? Away from the church’s failure to safeguard vulnerable human beings, babies and adults alike? Away from the church’s failure to live up to the incarnation, represented in that creche, to be Christ’s body in the world?

As a member of the body of Christ, that’s what I hear in her protest.  And so when I ask myself Blauer’s question, “What’s a person supposed to do?”, I think of looking for my own vulnerabilities. Where do I feel most vulnerable as some body, and how can I put that vulnerability on the line to protest the injustices done to every body?

Jake Jacobs is a member of Salem Lutheran Church. She has a master's degree in Biblical Languages from the Graduate Theological Union. Her favorite book of the Bible is Deuteronomy.

Previous Philosophers, Artists and Theologians and the The Narcissism of Selfies
Next Here’s the faith in the ‘American Sniper’ you won’t see in the film