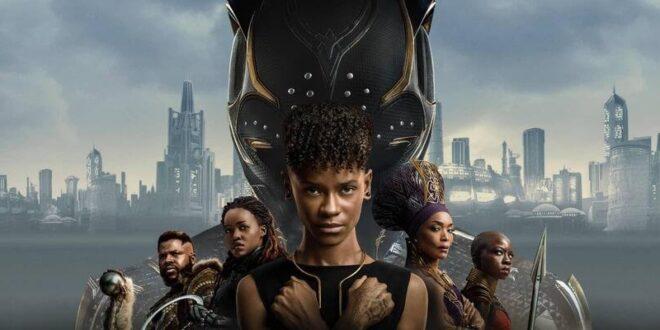 In “Black Panther: Wakanda Forever,” the the latest Marvel superhero movie breaks from the studio’s typically secular worldview to argue that religion is a necessary part of a healthy grieving process.

I’ve written before about how Marvel–once shying away from religion–is now making religion a key feature of its Marvel storylines. “Loki,” “Eternals,” “Moon Knight” and “Thor: Love and Thunder” all dealt with the Marvel heroes’ relationships with gods. But in these cases all the gods were evil or fake, and the heroes had to defy them in order to be heroes. But Marvel’s latest film refreshingly breaks that trend.

“Black Panther: Wakanda Forever” is the sequel to the previous Marvel mega-smash hit and cultural phenomenon (even by Marvel’s standards) that was the original Black Panther movie. It had to be hastily rewritten following the death of its lead actor, Chadwick Boseman, who passed away from cancer only weeks after first draft of the sequel script was written. His death was then incorporated as a main element of the storyline.

Near the beginning of the film, Princess Shuri, sister of the late King T’Challa, is grieving her brother’s death by throwing herself into her work. Her mother, Queen Ramonda, confronts Shuri about how she isn’t grieving properly and tells her about how after going through the traditional Wakandan religious rituals of grief she felt T’Challa’s presence and helped her move on. Shuri counters bluntly that her mother didn’t sense T’Challa’s presence at all but merely a construct of her own mind that gave her comfort. Ramonda pushes back, asking if Shuri’s construct of her brother gave her comfort or torment.

Funnily enough, there’s a large consensus between believers and non-believers that religious beliefs and rituals are better for our mental health. Scientific American recently published a piece highlighting a Gallup poll (which The Gospel Coalition publicized last year) that, while mental health in the U.S. has been consistently going down since the early 20th century and took a nosedive particularly during the pandemic, during the pandemic people who regularly attended in-person religious services were the only group whose mental health not only didn’t decline but actually improved. There’s also a fairly decent consensus that–at least in many areas–religion makes people more ethical, with higher rates of generosity and gratitude and marriage success reported after engaging in religious rituals like weekly service attendence and prayer before meals.

Non-religious groups will almost always grant that point. After all, who wouldn’t feel better if you were regularly practicing a faith in a community that told you that you were an important and heroic figure in a story where God was real, you would see your loved ones again, and that good ultimately triumphs over evil?

What non-believers will push back on is whether or not the comforting beliefs are true. What evidence do we have that these comforting beliefs are true? And for these people, it’s more important that they believe something is true than that they believe something that makes them happy. So they would rather be right and miserable than happy and deceived. As Voltaire said when asked what he would do if he died and found out God was real “I’m sorry Sir, but you simply didn’t provide enough evidence.”

But religious people often have these arguments among themselves too. I’ve had religious people tell me my dad is “smiling down” on me right now,  and I smile politely, even though the Bible doesn’t say that anyone who’s dead (before their resurrection) can see what’s going on among the living. I’ve watched religious people I love say their bad circumstances were “God’s will” instead of their terrible choices and say, “God will eventually put this situation right and bring me favor” instead of remedying the situation themselves. The result is that they never get out of their mess or fix their patterns, so they stay stuck forever. Meanwhile the people I know who say, “I made this mistake and I will fix it” (myself included) actually get out of the bad situation they’re in and make their lives better.

This is the obvious answer as to why a person might prefer truth than fantasy: because the truth is more reliable than fantasy. Eating chocolate every day and believing it won’t hurt you feels good until you get diabetes. Truth may hurt you, but it’s less likely to betray you.

Typically, in my unwise moments of telling fellow believers why I don’t believe in all their comforting beliefs about God even though I’m religious myself, they react to me much the same way Shuri’s mom did: with disappointment or even anger.

We see this pragmatic appeal of truth over fantasy to Shuri later in the film when she meets a certain someone in a vision she has after eating the magic herbs that give a Black Panther powers. He argues with her that being “noble” in the role of Black Panther didn’t protect those she loved from dying. And going down a darker path would actually protect the people she cared about for real. (It’s also worth noting that she still isn’t sure if she believes in the afterlife at this point, and she’s clearly in Wakandan hell rather than heaven.)

This is where Wakanda Forever takes a different turn than most Hollywood films. Where most movies would say you have to abandon religion in order to to face reality (such as Kenneth Branagh’s “Belfast” or most episodes of “Doctor Who”), defy the gods to be a good person (Marvel’s “The Eternals”), or you have to embrace fantasy and abandon realism to get your happy ending (the remake of “Miracle on 34th Street” or “The Dark Knight”), “Wakanda Forever” says that embracing traditional religion and its rituals is, in fact, exactly the same as embracing reality, and embracing that reality is the key to being ethical and dealing productively with grief.

Shuri is only able to abandon her need for vengeance by choosing not to kill Namor (and therefore avoid generations-long slaughter between her people and Namor’s) and truly accept her brother’s death by accepting the reality of her religious upbringing and the wisdom that it offers, and by going through the rituals it advises. In the world of Marvel’s Black Panther, the gods really do have power. They gave Namor’s people their ability to breathe underwater. They give the Wakandans power of The Black Panther. And it’s only by embracing that reality that you can be a hero.

This is the point that the previously cited Gospel Coalition article makes: if believing in religious beliefs and traditions have the best results in improving our mental health, isn’t that evidence, not that lies are comforting, but that religion might be true?

It may be that the only way to reconcile our need for the comfort and ethical formation that religion provides with our need to believe what is real is if if what religion teaches is actually true. “Black Panther: Wakanda Forever” is one of the few Hollywood blockbusters to argue that it is true.