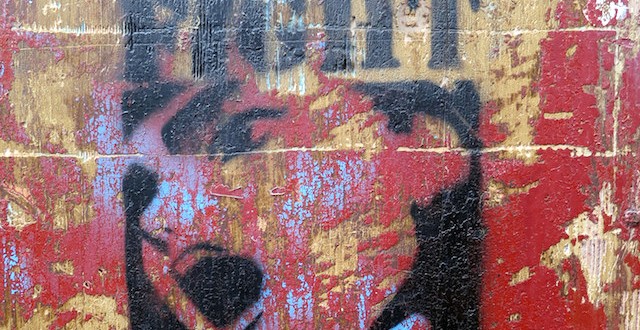 Black is the New Black: White Privilege and White Fragility

In 1900, W. E. B. Du Bois declared that “the problem of the 20th century” would be “the problem of the color line.” His prediction is just as true for our 21st century. Black men and women in contemporary America are judged not by the content of their character, but by the color of their skin. And for black Americans, such judgment is not merely hurtful or offensive. It is often fatal.

The number of African Americans killed because of their skin color is legion, and showing no signs of slowing down:

Many more human lives — not mere statistics — could be added to this tragic and unnecessary list.

This litany of unarmed, modern Emmett Tills is a reminder that in America, black is the new black. To be black is to bear in one’s own body an undeserving target, made permanently and indelibly visible by the color of one’s skin.

The scourge of lynching which plagued the American South has yet to come to a definitive end. It has certainly changed and evolved in many significant ways. What remains the same, however, is the identity of the victims of white brutality: black men, black women and black children. Accompanying the new Jim Crow in America is this not-so-new legal lynching.

Compounding the tragedy of American legal lynching is that it is often executed by people charged to serve and protect. Malcolm X had reason to quip that the KKK traded in their white hoods for police uniforms. When those who kill African Americans wear a badge, they usually are immune from justice.

White fragility is evident in the incessant claims of victim status by white people (usually men). A recent Pew study found that 50 percent of white evangelical Christians believe they face more discrimination than Blacks, Latinos, Jews, or Muslims. Notwithstanding the galactic gulf between such views and empirical evidence, this perception reflects a profound insecurity. Relevant to this anxiety is Nathan McCall’s observation: “Some white people are so accustomed to operating at a competitive advantage that when the playing field is level, they feel handicapped.”

White fragility is evident in recent efforts by school boards to whitewash American history by downplaying elements (such as slavery or even the civil rights movement) deemed too unsavory or unpatriotic.

White fragility is evident in the daily onslaught of hateful and irrational criticisms hurled at President Obama (what Frank Schaeffer called a “slow motion lynching”). President Obama has received three times as many threats on his life as former presidents.

White fragility is evident when Republican politicians (and now the Supreme Court) seek to make voting as difficult as possible for people of color.

White fragility is evident in the efforts to paint black victims of violence as the aggressors, and their killers as the victims. Such efforts follow the same revisionist script of John Ford’s westerns that depict European settlers as victims of Native American savagery.

White fragility is evident in tolerating white men who carry deadly weapons in public, but killing black people who do so. (African Americans in Chicago have actually been denied conceal carry licenses).

Just as sexual violence is a male problem, so too is racism a white problem. White Americans are complicit in — and the primary beneficiaries of — a system that dehumanizes and erases black lives. If Howard Zinn is correct that “our problem is civil obedience,” we white Americans ought to reflect on how we might protest in order to change a system that perpetuates misery for so many. Such protest is imperative for Christians who want their lives to reflect the Jesus they claim to worship.

Protesting against a powerful system was the primary and proximate cause of Jesus’ arrest and execution. The Jerusalem temple was the epicenter of economic, political, and religious power in Judea. Violence against it was not tolerated. And this is the one time in the Gospels—aside from a curious fig tree episode — that Jesus is physically violent (Mark 11:15-17). He throws out buyers and sellers, destroys tables (the Greek word katastrefō is closer to “destroy” than “overturn”), and somehow prevents people from carrying anything.

Jesus’ violence is relevant to our contemporary context because it was a protest against a system of ethnic segregation. Jesus concludes his violent actions by citing Isaiah 56:7 – “My house will be called a house of prayer for all peoples/nations.” In its original context, the prophet Isaiah had argued that God would welcome ethnic foreigners into the temple and accept their offerings.

Yet the temple in Jesus’ day was ethnically segregated. Gentiles (non-Jews) were only allowed in the most exterior court. Ancient inscriptions warned Gentiles that they would be put to death if they passed beyond this exterior court. Gentiles were excluded from the court of Jewish women, the court of Jewish men, and the holy of holies. The temple in Jesus’ time was not a house of prayer for all peoples.

The one time Jesus expresses violence is to protest a powerful system of institutionalized racism. Christians fond of asking, “What would Jesus do,” can follow Jesus’ example by protesting and changing systems of racial injustice today.

We can aim for two specific goals: (1) establishing civilian oversight of local police departments throughout the country; and (2) providing economic reparations to descendants of former slaves (see the excellent case made by Ta-Nehisi Coates). The U.S. government gave over $1.6 billion to Japanese survivors of WWII internment camps and their families. We also have a moral — and economic — obligation to descendants of slaves. By meeting that responsibility we can begin atoning for our nation’s original and ongoing sin of racism.

Pursuing these acts of justice can move us closer — even if slightly — to realizing Langston Hughes’s vision:

I say it plain,

America never was America to me,

And yet I swear this oath—

Join SpokaneFAVS for a Coffee Talk discussion on “Addressing Racism and Prejudices” at 10 a.m., Oct. 4 at Indaba Coffee Bar. Rindge is a panelist.

Previous Father Knows Best: Do you think the Gospels were editorialized?
Next What do Americans pray for? Themselves. And maybe a sports team