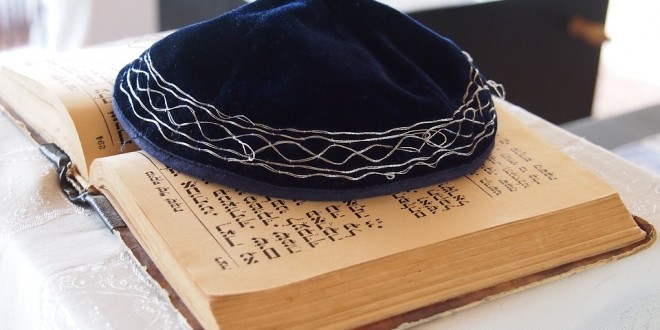 Birth, Belief, and Rules: Connecting or Dividing Us?

If religion is what you convert to due to belief, then Christians are the very definition of religion. In the first century when Jesus taught, the idea of coming to a religion out of belief was not common, said Levine in her presentation on the “Differences Between Jews and Christians” at Temple Beth Shalom in Spokane.

A specialist in understanding the 1st century Jewish context of Jesus, Levine has done much work with Jewish-Christian relations in the U.S. She is a professor at Vanderbilt University. Gonzaga assistant professor, Rabbi Elizabeth W. Goldstein brought Amy-Jill Levine to Spokane in honor of the 50th anniversary of Nostra Aetate, which declared that “Jews should not be spoken of as rejected or accursed as if this followed from Holy Scripture.”

Summarizing Nostra Aetate in a Huffington Post article, Lauren Markoe quoted from the 50 year old document, saying ” . . . what happened in His passion cannot be charged against all the Jews, without distinction, then alive, nor against the Jews of today.” The church, it continues, “decries hatred, persecutions, displays of anti-Semitism, directed against Jews at any time and by anyone.”

Levine notes that understanding how we each think about religion and spirituality can also go a long way towards better community relationships. We are different, but it is good to understand those differences and commonalities.

Typically, Jews are Jews because their father was Jewish (as in the case of first century Jews) or their mother was born Jewish (as in today). Jews are born into a peoplehood. Being born into a community and into a family gives Jews the sense that they can challenge beliefs and still be part of the family.

Early Christians, who were called “followers of the way,” converted to Christianity because of belief, and today Christians place a strong emphasis on belief, said Levine.

Popular country music culture bears out Levine’s thoughts. In the Kenny Chesney country music song “Down The Road,” he sings about the difference between just being baptized and really believing: “Her momma wants to know if I’m washed in the blood or just in the water. Her daddy wants to know if I make enough to take his daughter.”

In “Are You Washed In The Blood / I’ll Fly Away,” Alan Jackson asks “are you washed in the blood of the lamb.” In “Real Men Love Jesus,” Michael Ray creates a parallel between being a real man and loving football, momma, cowboys, outlaws, Saturday night on the town, and Jesus.

What Jews and Christians emphasize and how they read and translate sacred texts also differs significantly, said Levine. The word “Israel” is translated “God Wrestler.” Jews have been arguing with God and each other about the meaning of the texts since before Moses, who argued with and encouraged God not to give up on the people. Job argued with God. It is a long standing tradition, said Levine. “Jews know that they can argue heatedly and at the end of the day we are still part of the family. Arguing is seen as engaging; what God doesn’t want is for us to walk away and say to hell with you.”

Christians, on the other hand, have the threat of heresy hanging over their heads and are less likely to discuss the merits or meanings of certain beliefs. “We use different translations and when texts are translated something changea,” said Levine, noting that the order of the books in the Hebrew bible or Old Testament make a difference. The order changes the trajectory and the ending. Jews tend to emphasis the laws in Leviticus and Deuteronomy while Christians emphasize the prophets.

Jews and Christians are different and one way to understand each other is to ask questions. Sometimes, said Levine, we think, “yes, but shouldn’t we already know this” and then we make stuff up because we think we understand it. Speaking of her own experience growing up Jewish but still wanting to do catechism due to a predominantly Catholic neighborhood , Levine said, “There is no more reason for Christians to read the New Testament and be anti-Semitic, than there is for Jews to read Exodus and be anti-Egyptian.”

We don’t know our commonalities. Religion is not just Scripture; it is the people who read the texts, said Levine, decrying our propensity to stereotype and emphasize differences.

In our culture, we remember the bad things sometimes to the exclusion of the good things, even when it is mostly good with a few bad experiences. “The Jewish Jesus, who spent much of his time eating with different people would have been much more concerned about how I treat my neighbor than about my theology,” said Levine, again encouraging us to eat and celebrate with our neighbors and ask questions.